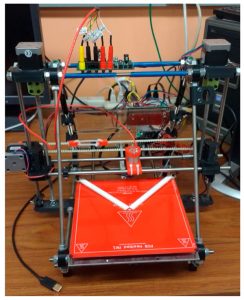 The second annual Consumer Products Day Finals at Michigan Tech were held Saturday. Nineteen teams of Tech students were given 20 hours and a box of materials provided by Kimberly-Clark, Amway, DOW or 3M to create, design and pitch a new consumer product. Two teams representing each company advanced to the finals, resulting in eight final products being pitched to the company reps, judges, technical review panel and audience.