Choosing Her Major Takes Two Years for this Dean of Engineering

Like many students, when I started university, I had only a vague notion about what my major would be. So, I selected courses that would count in any major. That first semester I took a university required course, Calculus 1, an elective (choir), and Chemistry 1. In my second semester, I just kept going, with Calc 2, Chemistry 2, another university requirement, and an elective (keyboarding). Soon, that first year led to a second, and by then I had a vague notion of being “pre-med,” knowing that doctors made a good living.

In my second year I kept taking math (Calc 3 and “Diffy-Qs”) and also took two semesters of Physics with Calculus. It turns out there are two levels of physics, and physics with calculus is the higher level. That year, I also took organic chemistry, which was required for the examination that pre-med students take, the MCAT. I thought Physics would be really hard; I hadn’t had it in high school, but I just kept doing all the homework. This was how I made it through all those math courses, and I did fine. I struggled a bit in Differential Equations but squeaked through that, earning my lowest grade ever (C). 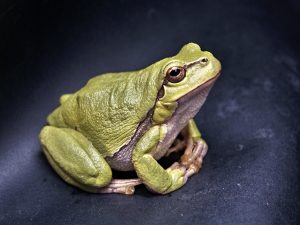 In my fourth semester, I took biology, required for pre-meds, and Holy Cow—I suddenly knew I DIDN’T want to be a doctor. It was just mushy dead frog, and I had no interest in which organ was the kidney. Or actually any interest in frog organs. That precipitated a spate of research, as I needed a major that would yield a job in two more years. Back then—and I assure you this is true—there was no internet, so I headed off to the library. I had three constraints: First, I had to love the major, second, it had to pay well, and third—I needed to be able to finish it in my two remaining years.

If you are a student who is not quite sure what to major in—don’t sweat it. You’ll figure it out over time. And if I can be of help to you along your journey, please let me know—Callahan@mtu.edu