The More You Know

I recently put out a post on LinkedIn asking anyone familiar with lean to share their one word descriptor of lean, CI, and even some on Six Sigma. All of the words below came from 103 different people, and about 95 of them I never knew existed until I started this blog post, yet every single one of them has provided me with a single word to describe Lean and Continuous Improvement. There’s a story behind every word in the word cloud below, and I can promise you that I can’t tell you what the stories are that went into choosing these words. This is the Ah-ha moment that I’d like to share with you. 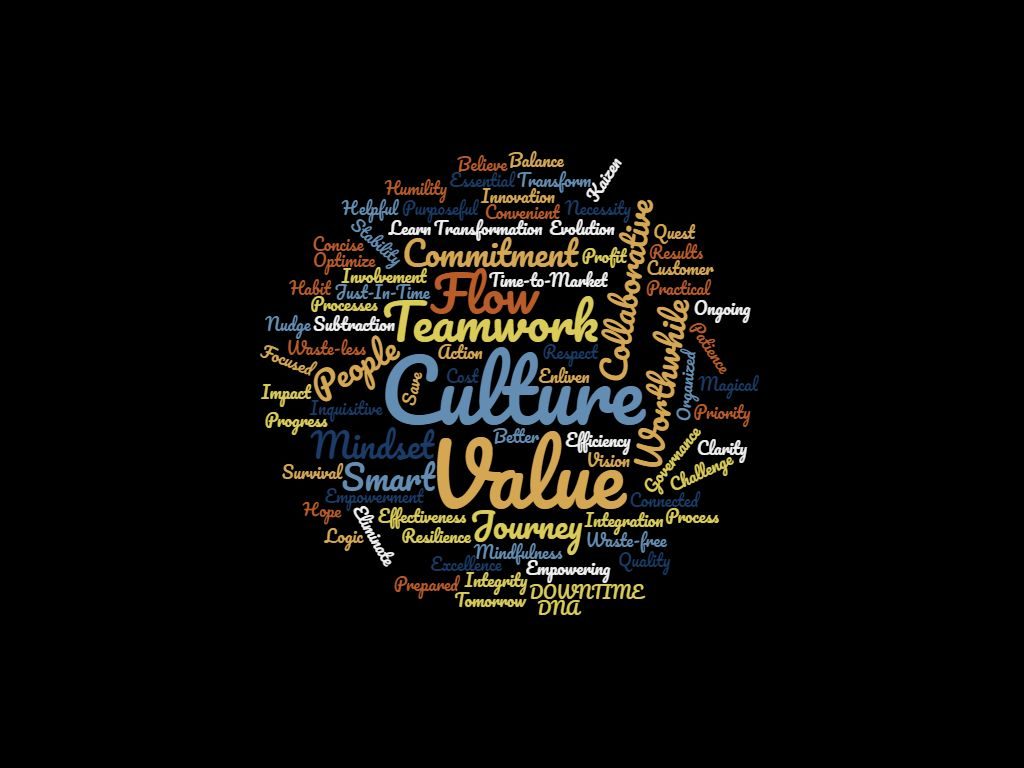 Trying to describe lean in a single word is not an easy one, in fact it’s quite hard to even conjure an elevator pitch to present when an opportunity arises. It may seem that it was unfair of me to ask for one word, but the motive behind my rambling and asking such a question was exactly this, the picture above. Just for adherence, the picture above is a word cloud (thank you captain obvious), and in that word cloud there is a compilation of 103 words… ONE HUNDRED and THREE! However, what I have come to realize is that no matter how developed your elevator pitch, no matter the extent of your knowledge on Lean and Continuous Improvement, you will NEVER be able to express every aspect of lean, on your own, and hardly with 103 people.

Was that a bold statement? I hope so.

There are a few words that I’d like to pull out of this cloud and they are: People, Respect, Value, Empowerment, and DNA. The first that I’d like to mention is DNA. This previous semester I was enrolled in a genetics course and the one thing that stood out the most was when my professor asked, “How many years would it take you to count every gene on every DNA strand in your body?” I thought this was a ridiculous question to ask, It’d be a complete waste of time, and being lean I’m not a fan of wasting time. To no surprise, my professor had a purpose for his opening statement and it was, “Of course you don’t know, nobody has done it.” He said if the oldest person to have ever lived (122 years old) had started counting from the moment they were born, they would have been counting every second of their life. In metrics, that equates to reading every name and every phone number in a New York phone book, everyday for 122 years. Tying back to DNA as an adjective, every person has a perspective and these two act as the fundamentals of the Lean DNA.

The people are the DNA strand, the backbone. Their perspectives are the genes associated with the strand. Each word above was shared by a person, and each person brought a different perspective in the form of their word. The questions I’ve been asking as I read the comments on my post are, “What motivated them to choose that word?” “Where are they from?” “Where do they work?” The answer to these questions (plus life experiences) factored into their word choice. Without people, there is no Continuous Improvement. You need people to do the lean thinking, to succeed, to achieve value, and to eliminate waste. In order to ensure that value is added, the people must be empowered and in order to be empowered there must be RESPECT. Respect for the people and respect for the perspective that they contribute. Without respect, then we have untapped knowledge, and then we will have waste.

My single word is Diversity.

As I complete this blog, I have come to a greater realization than when I began. The Ah-ha moment for me was the reality of diversity. Diversity is defined as being composed of differing elements. Without diversity we have no differences to distinguish us, without differences there isn’t a connection to others, and without a connection there is no collaboration among the different perspectives and there is no respect. Without diversity, the word cloud above would be absent, and this post obsolete.

For more blog posts associated with this word cloud, be sure to subscribe to our blog so that you won’t miss any part of this series. Have a single word you’d like to share? Comment on this post, and be sure to share the train of thought behind selecting your word!