Stephen Mashl is a 2018 APMI Fellow

The APMI Fellow Award is the organization’s highest and recognizes APMI members for their contributions to the goals, purpose, and mission of the organization, as well as for expertise in the technology, practice, or business of the industry.

Mashl is a research professor of materials science and engineering and has dedicated over three decades to the powder metallurgy (PM) industry, working primarily in particulate materials and PM product and processes development, APMI says. Most of his career has been in industry during which time he has developed process simulation models, worked to identify particle formation mechanisms, and developed an integrated hot isostatic press (HIP) plus solution heat treat process for the treatment of aluminum castings. He is co-inventor on several patents, his research appears in over 50 papers and publications, and he has served as technical reviewer for multiple journals.

The study offers a promising approach to reducing the >870,000 deaths/year globally from unsafe water through the use of flow-through solar water pasteurization systems (SWPs). The high cost of the heat exchanger (HX) is addressed with the introduction of of a polymer microchannel HX as a substitute for coiled copper. The polymer microchannel HX is designed for a 3-D printed collector. The paper focuses on SWP systems fabricated using fully open-source distributed manufacturing.

Erik Herbert is an Outstanding Reviewer

Erik Herbert (MSE) was listed among “Acta Journals’ Outstanding Reviewers in 2017,” published in Materials Today. Herbert is an assistant professor in the Department of Materials Science and Engineering. He was recognized with other reviewers of Acta Materialia and Scripta Materialia.

Peer review is a cornerstone of science, and Elsevier and Acta Materialia, Inc. are dedicated to supporting and recognizing the journals’ reviewers. The Acta Journals are delighted to announce the recipients of the 2018 Outstanding Reviewer awards for excellence in reviewing in 2017, as selected by the Editors of Acta Materialia, Scripta Materialia and Acta Biomaterialia. Each recipient receives a certificate and honorarium as thanks for their support of the titles, and for their help in ensuring the continued high quality of the journals.

Pinaki Mukherjee (MSE/IMP) is the principal investigator on a project that has received a $25,000 research and development contract from Rutgers, The State University of New Jersey. The project is “S-TEM Analysis of Ni-Rich Positive Electrode Materials in Li-Ion Batteries.”

This is a five-month project.

S-TEM refers to the FEI 200kV Titan Themis Scanning Transmission Electron Microscope operated by the Applied Chemical and Morphological Laboratory. The instrument is housed in the ATDC Building.

Chelsea Schelly, Joshua Pearce, and Edward P. Louie (who completed an MS in Environmental and Energy Policy at Michigan Tech) published a new article, “Examining interconnection and net metering policy for distributed generation in the United States,” which was published in Renewable Energy Focus. 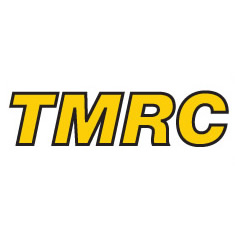 Lawrence Sutter (MSE/IMP) is the principal investigator on a project that has received a $68,047 research and development contract with the Michigan Dept. of Transportation.