Jaroslaw Drelich Leads the Acquisition of an Atomic Force Microscope

Jaroslaw Drelich (MSE) is the principal investigator on a project that has received a $135,669 research and development grant from the National Science Foundation (NSF).

Shiyue Fang (Chem), Tarun Dam (Chem), Xiaohu Xia (Chem) and Kathryn Perrine (Chem) are the Co-PIs on the project, “MRI: Acquisition of an Atomic Force Microscope for Force Measurement, Single-Molecule Manipulation and other Applications.” This is a three-year project.

This award is supported by the Major Research Instrumentation (MRI) and the Chemistry Instrumentation and Facilities (CRIF) programs. Professor Jaroslaw Drelich from Michigan Technological University and colleagues are acquiring an atomic force microscope (AFM). An AFM is a powerful tool to look at single molecules on a surface. It operates through an atomically sharp tip attached to an extremely soft cantilever that can sense forces at tiny atomic levels (pico-newton forces). Utilizing the forces between tip and a molecule, AFM can even be used to manipulate single molecules moving them to desired locations. Using this information, projects measure the mechanical strength of single covalent bonds. This can lead to practical applications, for example, preparing better quick-response and moisture-resistant smart adhesives. Adhesion forces between materials for civil engineering application can be investigated. The research enabled by the AFM will have broad impacts in areas such as health, energy, environment and national security, and even the economy. Faculty, postdoctoral researchers, graduate students, and undergraduate researchers in at least 16 research groups at Michigan Tech are trained to use this powerful instrument.

This atomic force microscope enhances research and education in areas by measuring van der Waals and magnetic forces between the tip and surface; the rupture force of non-covalent interactions between molecules and tip, and the scission force of covalent bonds in a molecule anchored between the tip and surface. Applications to projects include monitoring enzyme catalysis in real-time, and performing surface charge microscopy of biological cells. The microscope is used in the study of quick-response and moisture-resistant smart adhesives, and adhesion forces between materials for civil engineering applications. In other projects the shape and surface characteristics of atmospheric particles and atmospheric processing of black carbon are studied. The lattice structures of proteoglycan-galectin-3 cross-linked complexes are imaged and the ligand binding force of galectin-3 is measured.

Yun Hang Hu (MSE/IMP) is the principal investigator on a project that has received a $367,052 research and development grant from the National Science Foundation. The project is entitled “Nanofabrication of Three-Dimensional Graphene with Controlled Shape.” 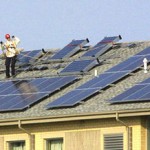 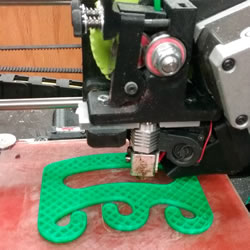 Research by Joshua Pearce (MSE/ECE) and undergraduate student Emily Peterson was covered widely in the 3-D printing industry press, 3-D printing undustry and 3-Ders and Could You Save Money by 3D Printing Household Items? – All3DP, as well as the larger technical press including: 3D printing ordinary household goods can save you a lot of money, study finds – TechSpot, License to Print Money at Home?– Engineering360, and 3D-printing household objects could be top money-saving tip – E&T.

Joshua Pearce (MSE/ECE) was quoted in the article Can Plug-and-Play Solar Systems Lead the Way? in Green Buildings.

Pearce’s lab was covered by BBC Arabic on 3-D printing and CBS Detroitused MTU 3-D printers as examples in The Future Of Manufacturing: What’s Next?

Joshua Pearce (MSE/ECE) wrote an opinion piece for the Milwaukee Journal Sentinel. The piece was titled “America Should Recruit Smart Immigrants from Every Country.”

Pearce’s research is covered in These Researchers Want To Prepare Us For The Post-Apocalypse-Futurism, and 3D Printers In The Average American Household – Computer Power User.

Interested in making an investment that promises a 100 percent return on your money, and then some? Buy a low-cost, open-source 3-D printer, plug it in and print household items.

In a recent study published in Technologies, Joshua Pearce (MSE/ECE) set out to determine how practical and cost effective at-home 3-D printing is for the average consumer.

He found that consumers—even those who are technologically illiterate—can not only make their money back within six months, but can also earn an almost 1,000 percent return on their investment over a five-year period. Pearce estimates that using only the random 26 objects analyzed in the study may have already saved consumers who use 3-D printers at home more than $4 million. There are several million free 3-D printable designs available on the web.

Associate Professor Joshua Pearce received a 2017 People’s Choice Award from Opensource.com. Recipients are recognized for having excelled in contributing and sharing stories about open source. Winners were voted on by the community.

Joshua Pearce runs the University’s Open Sustainability Technology group. In March 2015, he wrote about his course that lets students build their own open source 3D printers and use them to complete class projects. Since then, Pearce has shared several stories about open hardware, open source design, and more with readers.