Michael Meyer, director of Michigan Tech’s William G. Jackson Center for Teaching and Learning, was quoted in an article in Inside Higher Education about how a professor should regain control of a class (or not lose control in the first place).

How Not to Lose Control of a Class

“I haven’t seen anywhere near somebody losing control to the extent we saw at Texas A&M as it’s been reported, but I have seen cases on different campuses where it’s very clear that the learning is done,” said Michael R. Meyer, a professor of physics and director of Michigan Technological University’s William G. Jackson Center for Teaching and Learning. “That happens when somebody says or does something that fractures the relationship with at least a significant proportion of the students, and there really isn’t a trust anymore.”

At that point, Meyer said, professors and students alike tend to go into “survival” mode, where the goal is simply getting through the end of the course. A common cause of such friction? Students feeling like they’re being held accountable for behavioral expectations that weren’t made clear to them, Meyer said. These expectations go beyond which assignments are due when. Rather, they address such behaviors as cell phone, computer and social media use in class, how to ask questions and what happens when someone shows up late.

“If you don’t address them, or talk about them with students, there’s bound to be bad feelings on both sides,” Meyer said.

Read more at Inside Higher Education, by Colleen Flaherty.

Professor Yoke Khin Yap (Physics) was interviewed by the Columbus Dispatch to comment about a recent work reported by Ohio State University researchers. The recent work on water/oil separation filters was first pioneered by Yap in collaboration with Jaroslaw Drelich in 2011. The Columbus Dispatch is a daily newspaper based in Columbus, Ohio.

Other scientists have explored how small particles could help deal with oil spills.

For example, a team of MIT engineers in 2012 devised a way to pull clean water and reusable oil from spills using nanoparticles. And two Michigan Tech University professors published research in 2011 about a fine mesh they coated with nanotubes to attract oil and repel water. Nanotubes are slightly larger than nanoparticles.

To work on large oil spills, though, the OSU mesh would have to be capable of performing on a much larger scale, Yap said. “We’re not talking about filtering 100 milliliters of liquid — we’re talking about a big volume for an oil spill in the oceans. So it really depends on the speed of this kind of separation process.”

Read more at The Columbus Dispatch, by Laura Arenschield.

Michigan Tech and the community will come together to host the inaugural Keweenaw Science and Engineering Festival.

The event is designed to stimulate and sustain interest in science, technology, engineering and math (STEM) in the Keweenaw.
​
This four-day festival is an open forum to showcase all facets of STEM in the Western Upper Peninsula. Current scheduled events include the Michigan Tech Mind Trekkers, Nerd Night with Tech’s Physics Department, the Family Engineering Day, Summer Concert Series, Science Pub Crawl, The Wonders of Physics, science comedian Brian Malow and David Gaynes presenting his documentary “Saving Hubble” and more!

This event is scheduled for Aug. 5 – 8, 2015, with most of the activities free to the public. Check out the current schedule. If you would like to get involved and run a hands-on demonstration or volunteer please contact Amanda McConnon at amcconno@mtu.edu.

From Tech Today, by the Center for Pre-College Outreach.

On Wednesday, May 6th, faculty and staff members, along with their guests, gathered at the Memorial Union Ballroom for an awards dinner recognizing 25, 30, 35, and 40 years of service to Michigan Tech.

Among those recognized for 25 years of service were Jacek Borysow and Alex Kostinski.

Nucleation of ice and hydrates: Moving beyond direct molecular simulations

Nucleation of ice and hydrates: Moving beyond direct molecular simulations

The Vice President for Research Office announces the Research Execellence Fund Awards. Thanks to the volunteer review committees, as well as the deans and department chairs, for their time spent on this important internal research award process.

Will Cantrell, EPSSI/Physics, received an Infrastructure Enhancement Grant for “Acquisition of a Cloud Condensation Nucleus Counter.”

Hui and Winslow Teach The Physics of Skiing

Skiing and snowboarding involve more than just sliding down a hill. There is a unique science to it all, but how often do you think about it? Last winter, the Keweenaw Bay Ojibwa Community College (KBOCC), its Youth STEM (science, technology, engineering and math) Academy and the staff at Mont Ripley created a program to get kids to do just that.

Chiumun Michelle Hui, a Michigan Tech postdoctoral research fellow in physics, and Dustin Winslow, a physics laboratory assistant, taught “The Physics of Skiing” to the students. “Michigan Tech did a awesome job with the physics instructors that helped,” says Karen Colbert, program coordinator for KBOCC Youth STEM Academy. “Learning about physics in skiing got the students to think about how science really impacts how they perform.”

One of the students, Annalynn Griffin, 11, says that the physic instructors also taught them about gravity, friction and the different types of skis. “I didn’t know there were so many types!”

Dr. Swarup China former graduate student in the Atmospheric Sciences program at MTU, has been accepted to participate in ACCESS XIII, to be convened at Brookhaven National Laboratory (BNL) (July 31 – August 2, 2015), and to attend the Gordon Research Conference (GRC) in Atmospheric Chemistry. Participation to ACCESS is highly competitive and it is an honor to be accepted.

Information about the conference can be found here. 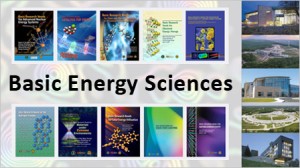 Professor Yoke Khin Yap served the Department of Energy (DOE) as an onsite reviewer for the triennial review of the research program supported by the Division of Materials Sciences and Engineering (DMSE), Office of Basic Energy Sciences (BES) at Oak Ridge National Laboratory (ORNL) Tuesday thru Thursday, April 28-30, 2015.

All research projects supported by BES undergo regular peer review and merit evaluation. For the DOE national laboratory programs, onsite reviews with a panel of external reviewers are required every three years.

The reviews were attended by the division director and program managers from the DOE, BES, DMSE, as well as reviewers from national laboratories and universities such as Massachusetts Institute of Technology, Stanford, and Yale.