Melissa Baird, assistant professor of anthropology, social sciences, is part of an international group of scholars who received the 2013 Perth USAsia Centre Seed Funding Research Grant. The grant, “Western Resource Frontiers: How Indigenous people, mining and heritage in Australia and the US shape our nations” analyzes issues of heritage, rights, and sustainability on the Australian and US Western ‘resource frontiers’ to broaden our understanding of global heritage and environmental politics. The project includes Jane Lydon (UWA) the PI, Aileen Walsh, UWA; Alistair Paterson, UWA; and Lynn Meskell, Stanford University.

Job candidate in social sciences, Donald Lafreniere, Vaniere Canada Scholar, Western University in Canada will present, ” Mapping the Future of the Past: Advancing a Historical GIS Approach to Urban History,” today at 10 a.m., in AOB 201. 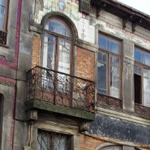 Even those who break in to derelict buildings “for generally benign purposes” can hurt efforts to preserve the properties if communities fear vandalism and dropping property values, said Timothy James Scarlett, associate professor and director of graduate studies in Industrial Heritage and Archaeology at Michigan Technological University.

“The local cops don’t know if the people breaking into a building are planning to ‘discover’ it or undertake illicit or dangerous activities there,” Scarlett said. “That practice of breaking in and visiting places exacerbates the fear in local communities.”

Adam Wellstead, assistant professor of environmental and energy policy (SS), will present a talk, “Night of the Living Dead Theory: Structural-functionalism and Adaptation to Climate Change Policy. The Case of the Australian, Canadian, and US Forest Sectors,” Friday, Feb. 14 at 4 p.m., in AOB 201

Richard Stedman, of Cornell University’s Department of Natural Resources, will give the talk: “’Game changers’: Analyzing the Emergence and Impacts of New Energy Boomtowns” Monday, Feb. 10 at 4 p.m. in the MUB Alumni Lounge B. It will cover his rural sociological work on emergent energy technologies and development, including the Marcellus Shale. All are welcome. Stedman’s talk is sponsored by the Department of Social Sciences, Environmental and Energy Policy Graduate Program, and School of Forest Resources and Environmental Science. 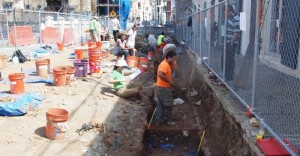