This guest post is provided by Alannah, who is a Sustainability Science and Society undergraduate major at Michigan Tech. She can be reached at amwoodri@mtu.edu 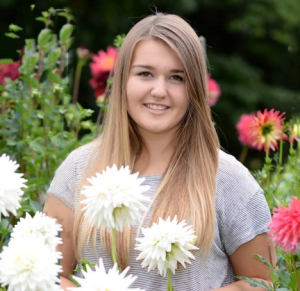 Hi, I am Alannah Woodring a third year Sustainability Science and Society undergrad. Off grid energy production is intertwined with sustainability. These are systems that individuals use to generate their own power removing the need for energy companies. This gives individuals independence, no longer needing to be connected to the energy grid. Most commonly through solar panels residents and communities can create their own micro grid.

Since I was in Middle School, I have considered living in an off grid in a tiny house, earth ship, converted shipping container or other forms of alternative housing. The main reason for this is to reduce my footprint and my overall individual consumption. Currently, in my free time I draw up blueprints for tiny houses and modular homes. My first blueprint started in 2014 and I keep sketching up new ideas. One element all these living spaces have in common is an off-grid energy system. To accomplish this, I would have solar panels with battery reserves create my own energy system. There would also be the ability to connect to the grid if needed. Having the on and off grid flexibility is a necessity when having a mobile living situation. Beyond my desire for an off-grid system there are many possibilities to aid in energy issues within the United States and help developing countries who lack access to energy. 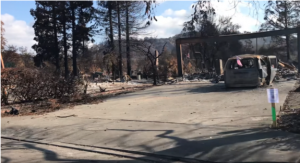 Off grid energy systems could be applied to places that have a failing energy infrastructure. In California during the beginning of October 2019 widespread organized blackouts occurred by Pacific Gas & Energy (PG&E). This was in hopes to reduce the possibility of widespread fires during a few very windy days.

This blackout affected more than 500,000 people. With the usage of micro grid systems people who would not have been affected by strong winds could have left their power on but since they are all part of a large grid majority of people got their electricity shut off. During the 2017 wildfire PG&E was to blame resulting with an 11-billion-dollar settlement that was reached this September. Shutting off the electricity in October was to prevent a wildfire to the magnitude that was seen in 2017. As conditions worsen in California due to climate change the current energy infrastructure is showing a growing number of problems.

Many California residents cannot afford to rebuild after the fire, and it is estimated that 3,300 people decided not to move back after the 2017 fire. For others who decided to move back they are choosing to live in 480 square feet homes renting for $950. Community members are coming together to get temporary housing permits for those effected from the wildfire. Through the usage of a micro grid system these small homes could have not been affected by blackouts and this would reduce the chance for wildfire if their energy infrastructure was to be built underground. Having power lines above ground does not have to be the status quo but it is the system that the United States is used to having. Coming up with solutions using off grid energy systems to combat rising issues from climate change should be considered widely as climate change is predicted to worsen conditions.

Another potential for off grid energy systems is in counties that do not have energy infrastructure such as power lines already in place. It can take many years for widespread grids to be established in rural and remote areas. By using off grid energy systems rural communities who would have had to wait many years for access would be able to produce energy in a matter of months. This adds self-sufficiency within energy production for developing countries who often lack the complete infrastructure needed to maintain systems.

Furthermore, here is a ted talk that outlines the expansive sustainable potential of off grid energy systems. https://www.youtube.com/watch?v=20adDr7Felw

There are many companies like Powerhive that are helping people in rural areas who cannot afford the initial cost of power lines to be connected to their communities. They instead install solar panels in rural areas to connect communities that would not have access to electricity otherwise. Electricity is a necessity for life within our globalized world. Rural areas surfer the most from inequalities and access to electricity can help bridge the gap. When I was in high school deciding what I wanted to major I knew proving energy to remote and rural areas was always a possibility. I hope that I can work within off-grid energy systems sometime in my life. 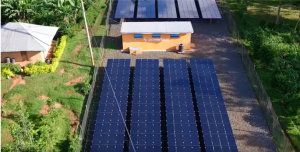 When having an off-grid energy system individual become more aware of their energy consumption. They look at the peak times they consume energy. With having this system, they can avoid peak energy price changes that electric companies charge.

In Tyalgum, Australia they are a community of a little more than 300 members. They are choosing to have their own off grid energy system to have independence from energy suppliers and go carbon neutral. In Australia much of their energy mix comes from fossil fuels as they have large reserves in their country. The carbon lock in cycle can be observed in Australia. Members of the Tyalgum community feel Australia does not have a progressive enough stance on incorporating renewables, so they have decided to take matters into their own hands.

Reasons for switching to off grid energy systems can be ranging from reducing natural disasters amplified from climate change or just wanting to reduce carbon emissions. No matter the reason for wanting off-grid systems they can help mitigate climate change issues while providing energy justice to people who previously had none. Benefits come from small scale energy generation that many would not consider since off-grid is not a common practice. With more knowledge surrounding off-grid energy individuals can think of energy as a public good. Fossil fuels are not sustainable and rethinking the current energy infrastructure can create a new sustainable blueprint for the future.