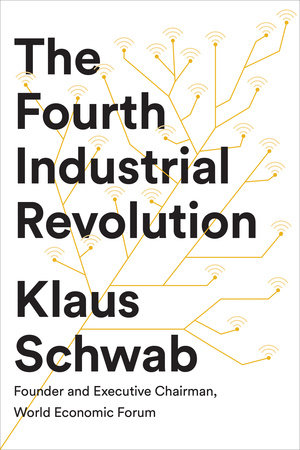 This week is Engineers Week, a national celebration of all things engineering, and as you might imagine there are a number of activities going on around campus that raise awareness of the field (like we need that here) and generally give us the opportunity to feel good about who we are and what we do. Although the ECE Department does not take a lead role in organizing the week’s activities, various corners of the department such as the Blue Marble Security Enterprise are participating. This past Wednesday was also the date of the spring Career Fair, when companies and organizations come to campus to recruit our students for co-ops, internships, and full-time jobs. The spring fair is always smaller than the one in the fall, but with 219 recruiting organizations on campus it is still respectable by anyone’s standards. As usual, a lot of companies are looking to hire electrical engineers and computer engineers, a theme I have touched on many times before. This weekend the fun will continue with a student-organized and student-led hackathon called Winter Wonderhack. We expect a fair number of Michigan Tech students, some students for other universities in the region, and maybe a few high school students too, on campus showing off their chops in creativity and invention.

This seems like a good week to talk about where technology is going, and the role that an organization like the ECE Department can play. I recently read the book “The Fourth Industrial Revolution” by Klaus Schwab, and thought I would offer a few thoughts about it.

Schwab is the founder and executive chairman of the World Economic Forum, the annual meeting of world leaders in government and industry held in Davos, Switzerland. This meeting draws a lot of heavy hitters – including, sometimes, the President of the United States – and as a result it gets a fair amount of press. The theme of the 2016 WEF meeting was “Mastering the Fourth Industrial Revolution” and Schwab’s new book provides a succinct companion volume to that meeting. The concept of the Fourth Industrial Revolution has been around for a while, and I have even used it for several years in some of my own presentations to prospective high school students and first-year students at Tech. The promotion of the idea through the WEF brings it to a higher level of visibility in industry, government, and in the public imagination.

The basic idea is that human society has been through a series of transformative periods in our history, brought about by technological innovations, that each time have fundamentally altered the way we live and work. The First Industrial Revolution (the one often taught in high school as THE Industrial Revolution) occurred in the period from 1760 to 1840, and is characterized as the change from human and animal labor to mechanized work, exemplified by the steam engine. The Second Industrial Revolution occurred around the turn of the 20th century, with the rise of mass production and assembly lines, made possible by the widespread use of electrical power. It was during this time that “action at a distance” became commonplace – one could burn a lump of coal at one place and turn on a light somewhere else. Or, one could tap a key in a telegraph office and information would instantaneously appear 50 miles away. Or, with the aid of refrigeration, food could be grown on a farm and days or weeks later consumed in the city. The Third Industrial Revolution, in the 1960s and 1970s is associated with the rise of computers, and the use of computers to automate many manufacturing and information processing tasks.

The Fourth Industrial Revolution is, at its core, all about connectivity. While computer technology developed rapidly in the latter part of the 20th century, the tasks being performed were tasks that we were already doing. In contrast, the connected nature of all the computers and sensors in the 21st century is fundamentally altering our daily lives – not only how we do things, but what we want to do in the first place. The Internet is largest and most visible of this movement, but in truth the Internet is only just the beginning of this revolution. Now we are moving into the era of the “Internet of Things” (IoT) or the “Internet of Everything” where all the objects and devices in our lives, whether for personal use or for business, manufacturing, or process control, will be connected through one vast network of sensing, communication, and control. “Cyber-physical systems” is a term used to describe the convergence of digital and physical technology that is happening alongside the IoT.

One of the aspects of the current industrial revolution, which sets it apart from the previous three, is the speed at which technology is developed and subsequently adopted. The Internet has gone from an academic curiosity to the primary engine of communication and commerce in the space of 20 years. Amazon was founded in 1994, Google in 1998. The first iPhone was introduced in 2007, and now there are an estimated 2 billion smartphones worldwide. AirBnB and Uber were unknown 5 years ago, and are now household names. Right now autonomous vehicles are the subject of vigorous research and development, but according to many enthusiastic (and optimistic) advocates they could be on the roads by 2021. Imagine the day when autonomous vehicles are as common, and as accepted as normal, as the smartphone is today!

Klaus devotes much of the book to the impact of the Fourth Industrial Revolution, as well he should. I imagine this is in keeping with the many discussions taking place at the World Economic Forum, as leaders grapple with all the implications of this revolution in their respective constituencies. I don’t have the space here to discuss all those implications at length, but I can say a few things about the impact on my own constituency: electrical and computer engineers at Michigan Tech. A good place to start is with the list of 23 “shifts”, as Klaus calls them in the appendix of the book, itself an outgrowth of a 2015 WEF survey report. These are the major technology trends associated with the Fourth Industrial Revolution, and each associated with a “tipping point”, the point at which a technology moves from being a novelty to a necessity. They are:

1. Implantable Technologies
2. Our Digital Presence
3. Vision as the New Interface
4. Wearable Internet
5. Ubiquitous Computing
6. A Supercomputer in Your Pocket
7. Storage for All
8. The Internet of and for Things
9. The Connected Home
10. Smart Cities
11. Big Data for Decisions
12. Driverless Cars
13. Artificial Intelligence and Decision Making
14. AI and White-Collar Jobs
15. Robotics and Services
16. Bitcoin and the Blockchain
17. The Sharing Economy
18. Governments and the Blockchain
19. 3D Printing and Manufacturing
20. 3D Printing and Human Health
21. 3D Printing and Consumer Products
22. Designer Beings
23. Neurotechnologies

When I look at that list, and I cannot help but think – wow, there is a lot of work here for electrical and computer engineers. It is not exclusively ECE related technology, of course, but we will have our fingerprints all over it, probably more than any other discipline with the possible exception of computer science. This is precisely why I bring up the Fourth Industrial Revolution when speaking to young students with interests in STEM: this is what is coming, and the world needs you to make it happen.

I also notice in this list that, while on the surface it looks cheerful and optimistic, there are also a lot of technologies that could be subverted by those who seek to do harm to others. For this reason, cybersecurity will be a hugely important component of the Fourth Industrial Revolution. While he does not discuss security in the appendix, Schwab does cover it elsewhere, touching on the changing nature of conflict, cyber warfare, autonomous warfare, the militarization of space, and related topics.

The challenge for us in engineering education is to make sure that we are preparing students to enter this world. I see two complementary aspects to this. First, we must be certain that we continue to stress the fundamentals – after all, the laws of physics do not change (as I saw in an electronic product slogan tagline once, they are just more rigorously enforced.) Time spent learning the timeless truths of mathematics is never wasted. At the same time, we must be aware of these disruptive technologies and be certain that our students’ mastery of fundamentals is not diverted to the mastery of obsolete technology. We must also be certain that students have the skills, in the right proportion of depth and breadth, to be valuable not only for their expertise in a very narrow slice of technology but also for their broader understanding of the context for their expertise. For this reason, I am a believer in the “T-shaped” knowledge base that Robert Lucky alludes to in his column in the January 2017 issue of IEEE Spectrum – a deep specialty combined with broad understanding. Looking over Klaus’ list of 23, I would argue that, for our students, the horizontal arm of the T would encompass at least three major disciplines: electrical engineering, mechanical engineering, and computer science. The vertical arm would be the particular specialty, which could dive deep into some sub-specialty within one of those three disciplines. I am convinced that someone with that combination would find a world of opportunity laid at their feet.

Klaus’ book is relatively short but it raises a lot of important points that can serve as the basis for many fruitful discussions. These are exactly the kinds of discussions that I hope that we will have here at Michigan Tech as we imagine our own future. After all, our informal slogan is “Create the Future” and that applies to the institution just as much as it does to our students. Institutions such as ours are the engine behind the Fourth Industrial Revolution and where it is headed is largely up to us. Will we be in the driver’s seat?