Fridays with Fuhrmann: In Defense of Silos 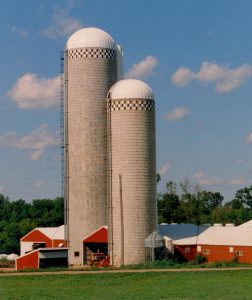 One of the widespread truisms found throughout current thought on management and organizations is that silos are really horrible and that we have to do everything we can to break them down. Just Google the term “silos” and see what I mean. The term refers to vertically integrated units within a larger organization that keep to themselves, do not communicate or play well with others, and in some cases actually compete with other similar units. They are blamed for all manner of organizational ills such as inefficiency, lack of innovation, and resistance to change. When I think about this mindset I envision Dana Carvey’s impression of George H. W. Bush on Saturday Night Live years ago saying “silos…bad…baaad…”

I agree that anything that puts up barriers to communication and fosters unhealthy competition and duplication of effort is not a good thing. But, being the occasional iconoclast, I have to ask myself if maybe silos aren’t getting a bad rap here.

Let’s start with the physical objects that form the basis for the metaphor. Do they serve any useful purpose? Of course they do! A silo is a place to store your grain, to keep it clean and dry before it goes to market. Without silos farmers would just dump their wheat on the parking lot, in a big pile. Who wants that? They also keep the grain separated, in ways that make sense. As a general rule I don’t think we want our wheat and our corn to be mixed together all the time.

Have you ever driven across Kansas (or Minnesota, or North Dakota)? What is the first thing you see in the distance when you approach a small farm town, driving on those long flat roads on the prairie? Those silos tell us that we are approaching a small piece of civilization. They are a symbol of that little town that can be seen for miles around – they give the community a sense of identity. Since it is a place where farmers come from the nearby land to do part of their business, they also provide a focal point for the community. That really doesn’t sound all that bad to me.

Is there something we can learn from these simple analogies that applies to the organizational setting? I would argue yes. Some sort of organization that brings people together, working for the common good, is very useful. As human beings we seek out others with similar goals and similar ways of looking at the world, knowing that we can do more together than we can as individuals. The tribe is good for the safety and security of the individual. We don’t want the results of all our hard work to be dumped out on the parking lot; we want to join it with the hard work of others in an organizational structure that supports us as individuals. Division of labor is also well-known to be an important component of economic growth and prosperity. Group formation and division of labor play out at all levels of human society, from small businesses and universities to entire nations and the world. Throughout human history the formation of smaller units with differing objectives has happened naturally – it’s just the way we are.

I have come to the conclusion recently that the term “silos” is a politically charged word, much more than people might realize. It is an accusation that is easily leveled against any group of people that are trying to get their act together. How many times have you heard “you have to collaborate…you have to cooperate…you have to get along with others” – which sounds great, but it really might be just a way to keep people in their place. Think about it at the society level. The first thing that is said about groups of people trying to organize for their own common good, perhaps to accumulate a little bit of the political power that is enjoyed by others, is that they are disruptive, that they are troublemakers, that they are not good citizens. Sound familiar? And who makes these accusations? Two groups: 1) those that are already in positions of power and influence, who do not want to be challenged and do not want the competition, and 2) those who are even further down on the economic or political ladder, disorganized, jealous or envious of those who are trying to improve their lot in life. Both groups feel threatened and are driven by fear.

These are pretty strong words, I realize, but I put them out there because I want my readers to check in with themselves and ask: what are we afraid of when we see change on the horizon? Why do we react the way we do when we see groups coming together to benefit themselves, when in fact they could very well be a benefit to everyone else at the same time? Why do we insist that one group of people has to be invisible supporters, while others enjoy international prestige and recognition?

One of the lone voices I found that argues in defense of (the right kind of) silos is this piece from Information Week:

I don’t know much about this website, and even less about the author, but I think the article makes a nice point. The author claims that in an organizational network, describing who is connected to whom, there is a “sweet spot” somewhere between total anarchy, where everyone is connected to everyone but there are no organized groups, and total isolationism, where people work only within their units and don’t talk to anyone else. The ideal situation is one in which there are organized units that do work for their own internal good, but where there is also plenty of give and take between units, based on mutual respect and a larger sense of purpose for the entire organization. It is sort of a “fences make good neighbors” argument.

Here is another nice article along the same lines. This one emphasizes the importance of ventilation in real silos, as a metaphor for communication among groups:

[If there is one good thing about the silo discussion, it is that it provides us with plenty of good metaphors we can relate to.]

I think there are some good lessons here for Michigan Tech, and other universities like us. I want us to stop using the term “silos” and replace it with “pillars of excellence.” When people think of Michigan Tech, I want them to think about those things that we are really good at, and I want those things to be sufficiently well-organized so that they attract the right kind of attention, just like those real-life silos on the prairie. I do not want to set up unproductive conflict and competition nor shut down lines of communication, but I really do want to raise up and celebrate those things that are important to us, for all the world to see. We already have a couple of those things, and maybe it’s time we built a couple more. Our stakeholders – students, parents, industry, alumni, and research sponsors – deserve nothing less.

This is my last FWF for the year. Through a quirk in the schedule this year, with Christmas and New Year’s Day falling on Mondays, the university is unofficially but effectively shut down for all next week. My very best wishes to all my readers for a happy holiday season and a relaxing winter break. See you in 2018!