“We are extremely pleased with the event and the terrific turnout by the community,” said Joan Chadde, education/outreach program coordinator for the Center for Science, Mathematics and Environmental Education. 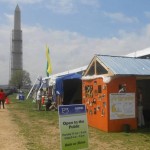 Billions of people worldwide burn animal dung, crop residues, wood and charcoal to cook their meals. And the chemicals produced and inhaled sicken or kill millions. At particular risk are women who prepare their families’ food and children 5-years-old or younger.

2013 EPA P3 student competition and National Sustainable Design Expo on the National Mall in Washington DC. Design Guidance for Healthier Cooking Environments: There is a growing international effort to improve adoption of clean cookstoves in the developing world. Michigan Technological University students are designing software and building a test kitchen that can be used to evaluate cookstove technologies for indoor air emissions that takes into account local conditions. The project is using information collected in east Africa with the help of community organizations and the Peace Corps.
www.facebook.com/MTUKitchen2

A Simple Solution to Air Pollution from Wood-Burning Cookstoves

Next step: the Nationals

Michigan Tech Scientist’s Discovery Could Lead to a Better Capacitor

The key lies in growing nanorods with all the right stuff

Michigan Teachers to Explore Africa, Use it to Inspire their Students

Michigan Tech’ Institute for Leadership and Innovation is coordinating a summer trip to Africa for 15 Michigan teachers, to encourage them to find ways to bring the excitement of Africa into their classrooms.

The International Geological Masters in Volcanology and Geotechniques (INVOGE) program was featured on Italian TV news. Links to YouTube videos are provided below. The videos show the MS defense of INVOGE student Daniele Alami, which was conducted via teleconference with Milan on April 12. Daniele’s MS committee consisted of Professor Greg Waite (GMES), Assistant Professor Simon Carn (GMES) and Professor Alessandro Tibaldi from the University of Milan–Bicocca.

Science 360, a science news web site published by the National Science Foundation, featured a news story about Assistant Professor Dennis Desheng Meng’s (ME-EM) research on manganese dioxide nanorods, work that could lead to the next generation of high-performance capacitors. See the first story under “Latest News.”

The Mechanical Engineer and the Sunken Treasure

Alumnus Mike Milosh did the engineering for a sunken treasure dive for one the biggest gold retrievals ever. 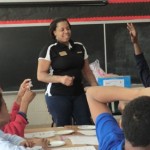 Pasi Lautala and Joan Chadde presented an Intermodal and Rail Transportation Workshop for 22 Detroit Public School teachers. The workshop is funded in part by University of Wisconsin Center for Freight Infrastructure Research and Education and included a tour of the Norfolk Southern railyards in Detroit. 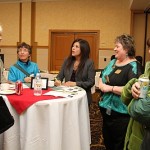 Cesar Chavez Day was observed at Michigan Tech. It celebrates the birthday of Cesar Estrada Chavez, and it serves as a tribute to his commitment to social justice and respect for human dignity.