Over 13,000 Images Now Hosted on the Keweenaw Digital Archives

The Digital Archives got its start as a grant project funded by the Michigan Humanities Council in 2004-2005. The project was geared at providing online access to a database of key-word-searchable digitized historic images from the archives’ collections, while allowing users to add comments to the images online.

Today, it acts as a portal to  the Copper Country’s visual past that is visited by thousands worldwide every month.

This milestone has been met thanks to hard work by many different members of Archives staff over the past decade.

If you have any questions about the Keweenaw Digital Archives, please call us at (906) 487-2505 or
email us at copper@mtu.edu to learn more. 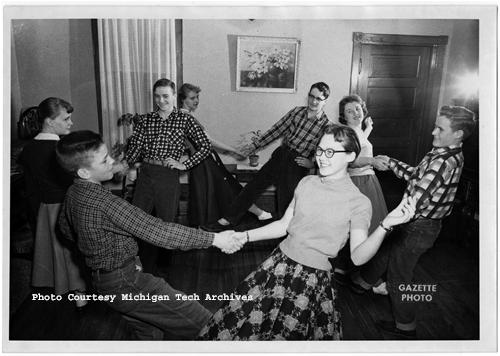 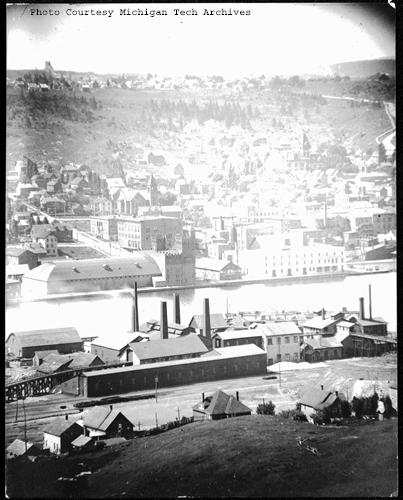 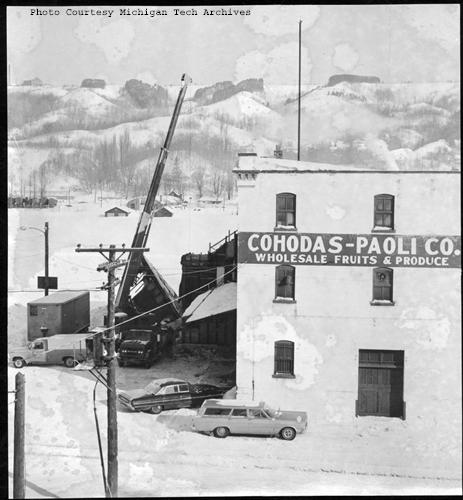 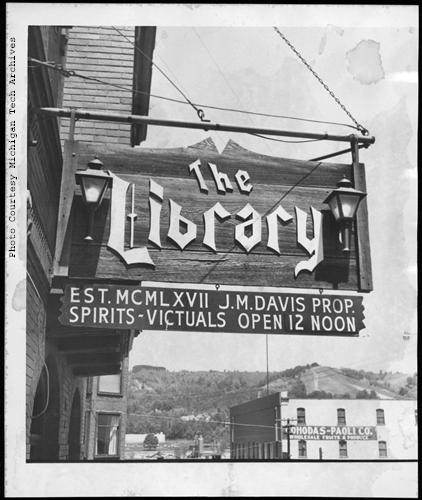 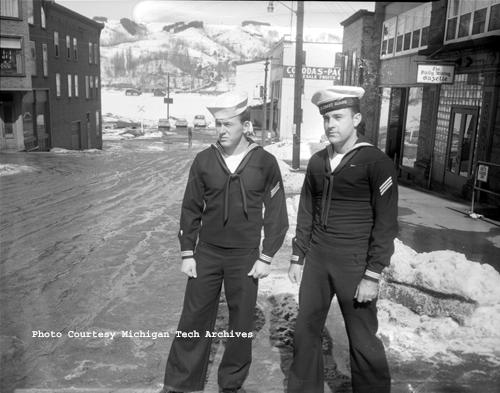 One of the innovative features of the Keweenaw Digital Archives site allows visitors to add information they know about photographs in our collections.  When you visit the site (http://digarch.lib.mtu.edu/) and conduct a search, the record for each image includes an area just below the photograph where you are invited to “Add Your Comments and Share Your Thoughts.”

This is an important role you can play in our work.  Very few of the historical photographs and negatives we receive as donations come with any descriptive information. And it isn’t feasible for our staff to undertake research to create descriptions about each and every image in the collection (we already have more than 7,000 images in the digital archives site).

Your comments help subsequent researchers to find and evaluate photographs in the collection. And don’t worry whether you have a PhD in history — we’re looking for any information that can be helpful in understanding the content of an image.  We do ask, however, that you include your name by either including it in the comment box or by creating and logging into an account that includes your name.

Here are a couple of recent examples in which visitors have left interesting and helpful comments. 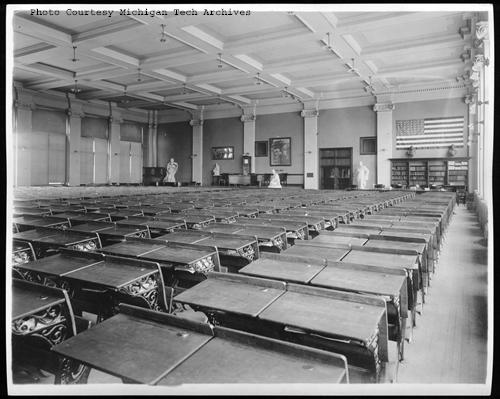 The photograph above is image #MS003-009-013-13 from Our Calumet & Hecla Photograph Collection (you can view the record by clicking this link: http://digarch.lib.mtu.edu/showbib.aspx?bib_id=655295).

Notes on the original print indicated that it was the assembly room and study hall at Calumet High School, but George Mackey added the following details: “This photo is taken from the senior side of the assembly. The assembly room was organized with the freshman on the left side when facing the stage and then the sophmores, juniors and seniors as one moves to the right.” 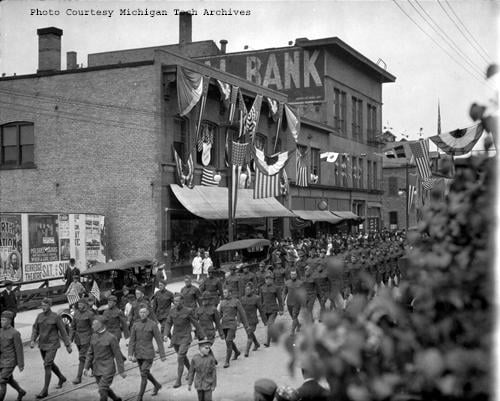 The photograph above is image #MS042-064-Z-616B from the Reeder Photographic Collection. (you can view the record by clicking this link: http://digarch.lib.mtu.edu/showbib.aspx?bib_id=597077).

Notes from Reeder’s personal photograph log indicated that this was a parade in the Houghton/Hancock area.  A comment from Nicholas Faller added some valuable information: “Based on the movie poster , I believe this is the June 6,1919 parade in downtown Houghton . The Movie ” When Girl Loves ” was shown on June 6 & 7, 1919.” 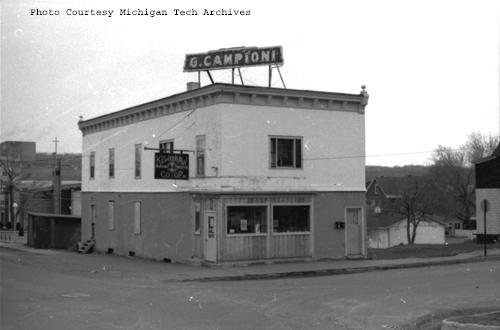 Magnahi was interested in the history of Italians in the Upper Peninsula and took the photograph as the building was once a store owned by the Campioni family.  A comment from Jan Campioni added more detail: “This was the original Campioni’s Market in West Hancock. It was established by Guido and Mabel Campioni in the late 1920’s. It was later run by Joseph and Margaret Campioni until their deaths. It was later run by their son Bill and then after his death by his sister Mary Anne Crooks. She sold it to the Keweenaw Co-op.”

We invite you to become “part of history” by browsing the thousands of images in the Keweenaw Digital Archives and sharing your thoughts, comments, memories, and other information.

Visit the Keweenaw Digital Archives at this address: http://digarch.lib.mtu.edu/