Steven Sarich, MS student in social sciences, was selected as a recipient of the Robert and Mary Buttle Scholarship which will provide $4,000 toward tuition and other expenses. This is one among several funding opportunities provided by the Southwest Section of the American Ceramic Society which focuses on material science research of historic and modern ceramics.

Retrospection and Respect: the 1913-1914 Mining/Labor Strike Symposium is being held in conjunction with FinnForum X and commemorates the cessation of the 1913-1914 Western Federation of Miners labor strike against copper mining companies in the Copper Country of Upper Michigan.

An exhibit titled “Tumult and Tragedy: Michigan’s 1913–1914 Copper Strike” opens at 8 a.m. Thursday, April 10 on the first floor lobby of the J. Robert Van Pelt and John and Ruanne Opie Library on the Michigan Tech campus.

The Finnish American Heritage Center at Finlandia University recently installed three exhibits. They include a photographic exhibit titled “Rural Reflections: Finnish American Buildings and Landscapes in Michigan’s Copper Country”; a historic photography exhibit named “People, Place and Time: Michigan’s Copper Country Through the Lens of J.W. Nara”; and a pair of lithographs acquired by the National Park Service which were on either side of the Italian Hall stage the night of the infamous Christmas Eve tragedy 100 years ago.

Also on Thursday, Finlandia’s Nordic Film Festival will show To My Son in Spain: Finnish Canadians in the Spanish Civil War. The film’s writer, Saku Pinta, will be there to answer questions.

On Friday, April 11, there will be an open house at the Finnish American Heritage Center and a trolley tour of the Keweenaw.

Co-sponsors of the event are Michigan Technological University’s Van Pelt and Opie Library, Michigan Technological University  Archives, Copper Country Historical Collections, Friends of the Van Pelt and Opie Library, Departments of Humanities and Social Sciences, and the Alumni Association.  From Finlandia University, the Finnish American Heritage Center and the Finnish American Historical Archives are co-sponsors along with community partners Cranking Graphics, Book Concern Printers, Keweenaw National Historical Park and Advisory Commission.  International support has come from Turku, Finland’s  Institute of Migration and the History Department at the University of Turku.

Sunday marked the 100th anniversary of the end of the Western Federation of Miners Copper Country strike, and Thursday through Saturday academics from around the region and around the world gathered in Houghton and Hancock for a pair of concurrent conferences that helped mark the strike’s place in history and to consider Finnish and international influences on the American labor movement.

Read more at the Mining Gazette, by Dan Roblee. 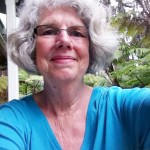 Carol MacLennan (SS) has recently been awarded an Ethel-Jane Westfeldt Bunting Fellowship at the School for Advanced Research in Santa Fe (SAR). She is one of five awarded fellowships for writing projects of significance in the the field of anthropology.

Read the abstract Laid to Waste: Community Lessons from 100 Years of Mining. 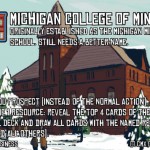 Lankton and his co-developers are planning a Kickstarter campaign for May or June. 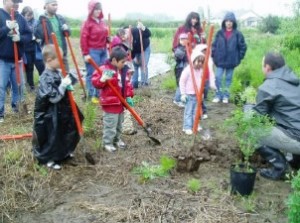 The Portage Lake District Library will host a panel discussion about the “Impacts of Legacy Mining on Torch Lake” on Tuesday, April 22, at 7 p.m.

Michigan Tech faculty members Noel Urban (CEE), Carol MacLennan (SS) and Judith Perlinger (CEE) will give a three-part presentation on Torch Lake and will answer questions from the audience afterwards. 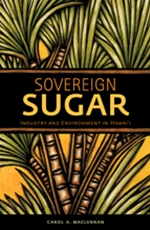 Carol MacLennan (SS) has published a book titled “Sovereign Sugar: Industry and Environment in Hawai`i,” with the University of Hawai’i Press. The table of contents and an introductory chapter can be found online.

Listen to the full 8:00 minute interview at Hawaii Public Radio.