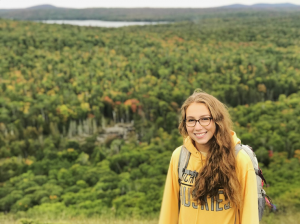 This is a guest post by Shaelyn Koleber, who is an environmental engineering undergraduate student at Michigan Tech. She can be reached at sjkolebe@mtu.edu

Shaelyn took the photos included in her blog post.

Nature is full of self-sustaining ecosystems; there is a constant recycling of resources. There are complementary functions within nature and the environment is able to completely support itself without outside assistance. For example, trees absorb carbon dioxide and give off oxygen, while animals take in oxygen and give off carbon dioxide—a seemingly perfect complimentary cycle. Whether a plant is eaten by an animal or it dies naturally and decomposes on the forest floor, it is still supporting the ecosystem. Whatever nature produces eventually reaches the end of its life and will be consumed back into the ecosystem. A fallen tree limb, a dead animal, or an uneaten fruit or plant that has fallen to the floor are all absorbed and recycled back as useful forms to support the ecosystem. There is no waste produced from environmental processes and the ecosystem is a closed-loop of resources. This same concept can be applied in buildings and manufacturing where the waste produced from these processes can be used to support the ongoing production. Industrial ecology is a sustainability concept to improve the environmental management of industrial processes. Companies can keep a record of materials throughout a product’s life. There are many subcategories of industrial ecology that are used as analyzation and evaluation techniques to ultimately reduce the impact on the environment, such as: material flow analysis (MFA), life-cycle analysis (LCA), and input-output analyzation. Industrial ecology is an emerging concept that works to mimic the self-sustaining cycle of nature. 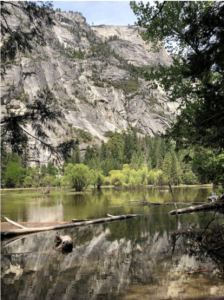 Introducing the ecological aspect to industry puts a generalized focus on environmental impact. Industrial ecology is a strategic guideline to use fewer resources while also finding a new purpose for exhausted materials and waste. This does not have to occur within one facility. Different businesses could work together to create networked, ecological industries: waste can be seen as a resource. The saying, “one man’s trash is another man’s treasure,” is demonstrated through the concept of ‘industry partnership.’ The by-product from one industrial process can be used as the input for a separate entity. For example, a coal-firing power plant has a lot of excess heat that can be distributed to a nearby community. This would reduce the energy and resources needed to provide heat services to the town, thus providing environmental and economic benefits. This could only occur with the cooperation of multiple companies independently. The transportation of these materials would have to be a short distance for the net environmental impact to be positive. This idea would have tobe mutually adopted for it to be effective, which could be seen in future years as more industries become conscious of their carbon footprint.

Industrial ecology is also seen in the emerging concept of cogeneration. Cogeneration, also known as combined heat and power (CHP), is when a heat engine is used to generate electricity and heat at the same time. Similar to the previously mentioned example, during the production of electricity, the heat can be harnessed and put to use instead of going to waste. This directly views the heat waste as a source and creates a concept of dual-purpose. Rather than the heat being seen as waste, it is seen as another useful product of the process. Smaller-scale industrial ecology concepts can be seen in the construction of homes or commercial buildings. Current construction techniques and technological resources build each utility with separate input needs and waste disposal. Most housing and commercial buildings do not have any industrial ecology, currently. People who plan on living in a house for an extended period of time or have a desire to live sustainably are more prone to implement advanced technologies. Instead of using an air-source air conditioner, a ground source heat pump can be used as a closed-loop system. These systems pump water from the ground where the temperature is constant year-round. While air-source heat pumps are less expensive and easier to install, ground-source pumps are much more efficient and sustainable. The ground-source pumps are buried pipes that loop around a three-to-six-foot-deep trench. This system is a constant exchange of heat with the ground and can heat or cool a home. Diagrams and explanations of the different heating systems can be found on https://smarterhouse.org/heating-systems/types-heating-systems. It takes less energy to simply move heat around than it is to generate heat; therefore, the ground-source pump does not consume a lot of energy. Since the ground-source heat pumps are more efficient, they are also more cost effective. A consumer that installs this system and plans on living in a home for a long time will see a return on their investment. This is just one example of many technologies/designs that exist as readily-available sustainable systems. 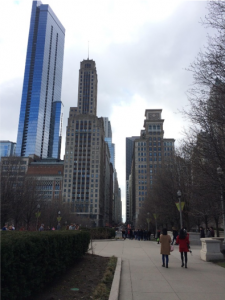 Industrial ecology is a concept that must be practiced by all companies and manufacturers; it must also be well-understood by the general public in order to be fully adopted and implemented into the function of society. Since our society relies heavily on industrial processes, we cannot simply shut them down. However, we can no longer standby and knowingly accept the pollution that companies create through their industrial processes. While it is not reasonable to shut down industrial processes completely, we must keep these companies responsible for the waste and pollution they create. A partial reinvention of industrial processes into industrial ecology will reduce the environmental impact significantly. Without the public’s understanding and demand for such changes, there will be no urgency to place official regulations and therefore create a zero-pollution global industry. This foreseen change will not come easily or naturally; it needs to be talked about and broadcasted on media to mass-educate the public. With a widely supported concept, the engineers, scientists, and policy makers can work together to put the ideas into action. Industrial ecology allows humans to increase their efficient use of ecosystems by mimicking what nature already does. The implementation of this concept will only come with the mutual support from companies, the government, the people, and environmental conservationists. If we continue to move forward with these concepts, the earth can thrive for many eons in our future.