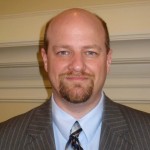 Sean Fernstrum is the President of R. W. Fernstrum & Company, a commercial marine heat exchanger manufacturer doing business worldwide. In addition to his career evolution including technical writing, sales, engineering and operations, he has been involved in a number of different charities, service organizations and boards, including the Michigan Tech Alumni Association Board of Directors.

Up to Our Necks in Plastic

To make people think twice about their role in generating plastic waste, undergraduate Liberal Arts student Melissa Michaelson created a cascading display of six hundred plastic bottles she collected from recycle bins and dumpsters. Michaelson made the head-turning display last spring for a social-change assignment in a Humanities course, The Rhetoric of Everyday Texts. The exhibit was located at the Portage Lake District Library in Houghton.

“Seeing pictures of plastic pollution and noticing how big a problem it is made me think, ‘Where can we start?’” Michaelson said. “As I researched the topic, there was a lot of information on water-bottle consumption, so that made it an easy place to start and maybe an easy habit to change.”

The six hundred water bottles in the display represent less than one-half of what is consumed nationwide in one second, Michaelson said. And the plastic waste that accumulates is not the only negative effect. Each year, 17 million barrels of oil are used to produce plastic bottles.

All of the bottles used in Michaelson’s project were collected at Michigan Tech, although the University is doing its part to combat plastic-bottle waste; currently, there are water-bottle refill stations with filtered water in twelve locations on campus.

Michaelson’s exhibit aims to shock viewer and encourage them to change their plastic-bottle habits. He biggest challenge was finding an effective way to raise awareness without being there to talk to her audience. “just look at this,” she want her exhibit to say. “This is an issue. This is real. Let’s just take one small step.”

(This article originally appeared in the Fall 2013 issue of Michigan Tech Magazine.)