Keith Vertanen Is PI on $225K NSF Grant, “Improving Mobile Device Input for Users Who are Blind or Low Vision”

Keith Vertanen (CS/ICC-HCC) is the principal investigator on a three-year project that has received a $225,663 research and development grant from the National Science Foundation. The project is entitled, “CHS: Small: Collaborative Research: Improving Mobile Device Input for Users Who are Blind or Low Vision.”

Abstract: Smartphones are an essential part of our everyday lives. But for people with visual impairments, basic tasks like composing text messages or browsing the web can be prohibitively slow and difficult. The goal of this project is to develop accessible text entry methods that will enable people with visual impairments to enter text at rates comparable to sighted people. This project will design new algorithms and feedback methods for today’s standard text entry approaches of tapping on individual keys, gesturing across keys, or dictating via speech. The project aims to:  1) help users avoid errors by enabling more accurate input via audio and tactile feedback, 2) help users find errors by providing audio and visual annotation of uncertain portions of the text, and 3) help users correct errors by combining the probabilistic information from the original input, the correction, and approximate information about an error’s location. Improving text entry methods for people who are blind or have low vision will enable them to use their mobile devices more effectively for work and leisure. Thus, this project represents an important step to achieving equity for people with visual impairments.

This project will contribute novel interface designs to the accessibility and human-computer interaction literature. It will advance the state-of-the-art in mobile device accessibility by: 1) studying text entry accessibility for low vision in addition to blind people, 2) studying and developing accessible gesture typing input methods, and 3) studying and developing accessible speech input methods.  This project will produce design guidelines, feedback methods, input techniques, recognition algorithms, user study results, and software prototypes that will guide improvements to research and commercial input systems for users who are blind or low-vision. Further, the project’s work on the error correction and revision process will improve the usability and performance of touchscreen and speech input methods for everyone.

Timothy Schulz, professor of electrical and computer engineering and member of the ICC Center for Data Science, has been awarded the prestigious University Professor title, which recognizes  faculty members who have made outstanding scholarly contributions to the University and their discipline over a substantial period of time.

Kuilin Zhang (CEE/MTTI), a member of the ICC Center for Cyber-Physical Systems (CPS), is the primary investigator on a project that has received a $567,230 contract with the Federal Railroad Administration. This project is entitled, “Developing Safe and Efficient Driving and Routing Strategies at Railroad Grade Crossings Based on Highway-Railway Connectivity.” Pasi Lautala (CEE) is the Co-PI on this potential two-year project.

Tim Havens (CC/DataS) was quoted extensively in the article, “How to Explain AI in Plain English,”published September 23, 2019, in The Enterprisers Project. https://enterprisersproject.com/article/2019/9/ai-explained-plain-english

The Institute of Computing and Cybersystems (ICC) and the Michigan Tech Visiting Professor Program will present a seminar by Dr. Anna Wilbik on Thursday, October 3, starting at 3:00 p.m., in ME-EM 112 . A reception will follow and refreshments will be served.  The title of Dr. Wilbik’s seminar is, “The explainability challenge in descriptive analytics: do we understand the data?”
The seminar is presented by the Institute of Computing and Cybersystems and the Michigan Tech Visiting Professor Program, which is funded by a grant to the Michigan Tech Provost Office from the State of Michigan’s King-Chavez-Parks Initiative.
Dr. Anna Wilbik is an assistant professor in the Information Systems Group of the Department of Industrial Engineering and Innovation Sciences at Eindhoven University of Technology (TU/e) in the Netherlands. She received her PhD in Computer Science from the Systems Research Institute, Polish Academy of Science, Warsaw, Poland, in 2010. In 2011, she was a Postdoctoral Fellow with the Department of Electrical and Computer Engineering at the University of Missouri, Columbia, USA. Her research interests are in business intelligence, especially focused on linguistic summaries and computing with words. With her research she tries to bridge the gap between the fuzzy sets theory and industrial applications. She makes this connection in research projects collaborating with industry both on the national and the European level. She has published over 80 papers in international journals and conferences.
Seminar Abstract: Nowadays, ever more data are collected, for instance in the healthcare domain. The amount of patients’ data has doubled in the previous two years. This exponential growth creates a data flood that is hard to handle by decision makers. In many domains, humans are collaborating with machines for decision making purposes to cope with the resulting data complexity and size. This collaboration can be realized through machine learning, visual analytics, or online analytical processing, where a machine is just a tool – but often used to make important decisions. The question now is: do we really understand the data by using the tool this way?
Explainability is a great challenge in data analytics, with the aim to explain to the user why certain decisions have been recommended or made. This challenge is especially important in predictive and prescriptive analytics. Less attention in this respect is payed to less mature analytics levels, descriptive and diagnostics, although they are the first steps for understanding data.
Data analysis methods use numbers, figures, or mathematical equations to show data, decision recommendations, and patterns. Yet for a human, the natural way of communication is natural language: words, not numbers or figures. This causes a gap between the meaning of data and human understanding. The challenge is: How to make data more understandable for humans?
Fuzzy techniques, or the application of the computing with words paradigm, have the potential to close the gap by using natural language as the communication means. In this talk, I will focus on descriptive analytics and show with a set of examples how fuzzy techniques can provide better insight of data to the user. I pay special attention to the technique of linguistic summaries.
Continue Reading →

The Department of Mathematical Sciences and the College of Computing will present a lecture on high-performance computing by Dr. Laura Monroe from the Ultrascale Systems Research Center (USRC) at Los Alamos National Laboratory on Tuesday, September 24, from 5:00 to 6:00 p.m., in Fisher Hall, Room 133. The lecture is titled “The Mathematical Analysis of Faults and the Resilience of Applications.” Discussion will follow the lecture, and pizza and refreshments will be served.

Abstract: As the post-Moore’s-Law era advances, faults are expected to increase in number and in complexity on emerging novel devices. This will happen on exascale and post-exascale architectures due to smaller feature sizes, and also on new devices with unusual fault models. Attention to error-correction and resilience will thus be needed in order to use such devices effectively. Known mathematical error-correction methods may not suffice under these conditions, and an ad hoc approach will not cover the cases likely to emerge, so mathematical approaches will be essential. We will discuss the mathematical underpinnings behind such approaches, illustrate with examples, and emphasize the interdisciplinary approaches that combine experimentation, simulation, mathematical theory and applications that will be needed for success.

Dr. Monroe has spent most of her career focused on unconventional approaches to difficult computing problems, specifically researching new technologies to enable better performance as processor-manufacturing techniques reach the limits of the atomic scale, also known as the end of Moore’s Law. Dr. Monroe received her PhD in the theory of error-correcting codes, working with Dr.Vera Pless. She worked at NASA Glenn, then joined Los Alamos National Laboratory in 2000. She has contributed on the design teams on the LANL Cielo and Trinity supercomputers, and originated and leads the Laboratory’s inexact computing project that is meant to address Moore’s Law challenges in a unique way. She also provides mathematical and theoretical support to LANL’s HPC Resilience project. 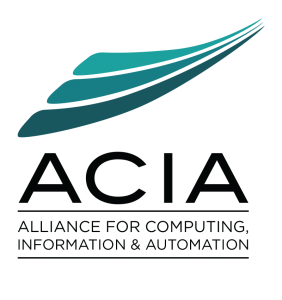 The Alliance for Computing, Information, and Automation (ACIA) and Michigan Tech Career Services invite students to a casual networking mixer with industry employment recruiters on Tuesday, September 24, 2019, from 4:00 to 6:00 p.m., in the Rozsa Center lobby. The event is free and appetizers and refreshments will be served.
Students in the following majors are encouraged to attend: Computer Network and System Administration (CNSA), Computer Engineering, Computer Science, Cybersecurity, Data Sciences, Electrical Engineering, Electrical Engineering Technology (EET), and Software Engineering.
Recruiters interested in hiring Michigan Tech students and graduates in the above majors will be in attendance.

The Alliance for Computing, Information, and Automation (ACIA) at Michigan Technological University is a collaborative effort between the Department of Electrical and Computer Engineering and the College of Computing. The mission of the ACIA is to provide faculty and students the opportunity to work across organizational boundaries to create an environment that is a reflection of contemporary technological innovation. The research arm of the ACIA is the Institute of Computing and Cybersystems (ICC).

Recruiters interested in hiring Michigan Tech students and graduates in the above majors will be in attendance. Invited companies include the following:

By Karen Johnson
Zhen Liu, associate professor of civil and environmental engineering and member of the ICC’s Center for Cyber-Physical Systems (CPS), is co-author of the article, “A multivariate freezing-thawing depth prediction model for spring load restriction,” which was published August 6, 2019, in the journal Cold Regions Science and Technology, which is published by Elsevier. Co-authors of the article are Ting Bio and John Bland.

Abstract: Road damages induced by heavily loaded truck traffic during the spring thaw are a major road distress in cold regions. To minimize these damages, Spring Load Restriction (SLR) is widely applied in the U.S., Canada, and other countries during the early thawing season by controlling the movement of freight-carrying trucks and heavy equipment travel until the thawing ends. Most SLR policies rely on the Freezing Depth (FD) and Thawing Depth (TD), especially the latter one. Therefore, accurate predictions of FD and TD are important to prevent both the extensive damage to the pavement due to the late placement or early removal of SLR and the economic loss of road users due to an unnecessarily long SLR period. Here, we propose a new multivariate model for predicting FD and TD in support of SLR decision-making. The model gives a curving surface of FD and TD in a 3-dimensional space, instead of 2-dimensional in traditional methods, by considering both the freezing and thawing indices in the entire freeze-thaw cycle. For model evaluations, yearly field data measured at five typical sites from 104 sites in Michigan were adopted. The evaluation results showed that the proposed model is accurate in predicting FD and TD for most sites. Compared to the previous TD predictions in the existing study, the TD predictions with the proposed model have been significantly improved. In addition, this study provides field data that have not been reported earlier in the literature and that can be used for validating other prediction models. The reported work is ready for practice for roadways in cold regions to support SLR decision-making.

Timothy Havens (CC/ICC), the William and Gloria Jackson Associate Professor of Computer Systems and director of the Institute of Computing and Cybersystems (ICC), was quoted extensively in the article “How to make a career switch into AI: 8 tips,” which was published September 5, 2019, on The Enterprisers Project blog.