Use this snippet to display a feed of news, blog posts, or events on your page. You can combine multiple feeds. This snippet includes a styled heading and the option for buttons or social media links in the heading. This is an advanced function. 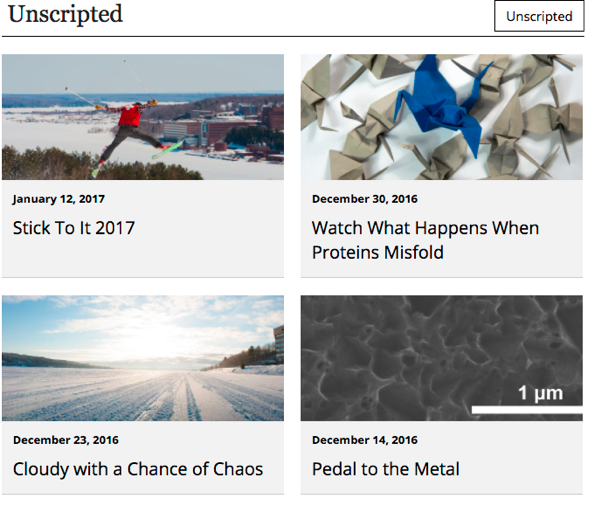 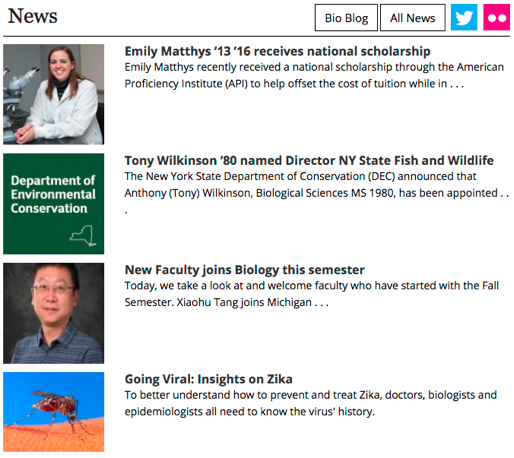 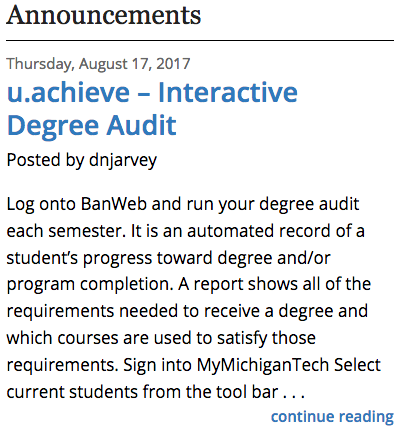 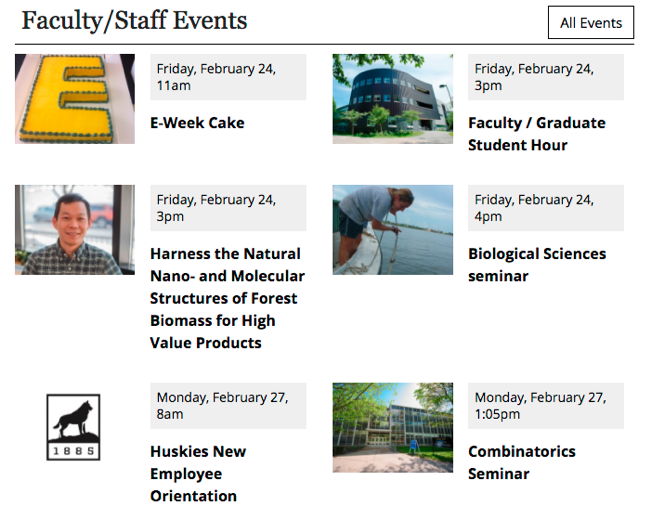 Posting Events to the University Calendar

There are two ways to post events to our Events Calendar:

Please note that calendar admins have access to additional fields that do not exist on the public event submission webpage and skip the approval queue.

If you are a calendar admin, please use the event submission form available through your Admin login, as specified above. If you do not have admin access, but often add events for your department, please request access by sending your name, user ID, and department(s) to webcal@mtu.edu.

Tips for Posting an Event

The following is a step-by-step guide for filling out your event information:

Our new Events Calendar has been a huge success so far, with over 43,000 views in the past month, representing an 85% increase in calendar use compared to last year. We have learned a few things along the way and want to explain a few changes that we have made, along with some best practices, and new features.

Sounds like a nightmare, doesn’t it? Luckily, we have made some adjustments and have developed some ‘best practices‘ to alleviate this common issue.