The new inductees were honored at a celebratory dinner in the Great Lakes Research Center on the evening of September 20:

David McBride leads an award-winning team of highly trained professionals who are leaders in the home improvement and storage industry. He has grown the construction division to become one of the top 500 in the country. In the storage division, he actively manages three facilities and more than 500 customer relationships.

Highlighted projects include developing a 25-acre industrial park in a former gravel mine, converting a drive-in theater into a commercial center, and receiving the Governor’s Award for Historic Preservation in 2017 for the Douglas House renovation.

Dale Elliott has a long association with Michigan Tech. Seven members of his immediate family have graduated from the University. Elliott earned a TechMBA in 1979, after earning his bachelor’s degree from Michigan State and then working in the family tool-and-die design and engineering business.

On campus, he was a member of Sigma Tau Gamma fraternity.

After Michigan Tech, Elliott joined Brunswick Corporation as an advanced management trainee. He then spent 11 years with Emerson Electric, starting with the Dremel division as marketing manager.

After a few successful years he was promoted to general manager of Dremel and was then selected to be vice president of marketing for the S-B Power Tool business, a joint venture between Emerson and Robert Bosch GmbH. This experience provided many valuable lessons about managing an international business and the importance of culture in a global organization.

In 1995, he took a position with Snap-on Tools Inc., as president of the industrial and power tool business. He was named chairperson, president, and CEO of Snap-on Tools in 2001 and over the next three years he developed the strategy and tactical plans that set the stage for their future growth and profitability, while addressing the economic impact of the September 11, 2001 attacks.

After retiring from Snap-on, Elliott was called on to become president of American Standard’s Global Bath and Kitchen business, a global market leader with more than 26,000 employees.

Currently, Elliott is president and CEO of FCM Advisory Group, Ltd. a business consulting company he founded in 2007. His efforts are focused on a process called “Full-Circle Management,” which ensures that the activities of an entire organization align with company goals and objectives.

He has served on the School of Business and Economics National Advisory Board and is a Michigan Tech Fund Life Trustee as well as a member of the President’s Advancement Council.

Throughout her career Denise Blankenship held numerous positions in the information technology field with a focus on business analysis and resource management.

Most recently Blankenship served as the vice president of business analysis at Church Pension Group (CPG) where she was a senior IT manager responsible for partnering with corporate business leaders to define, prioritize, and develop IT strategy for supporting both IT and business projects.

In 2011, she received the Women in Insurance Leadership Notable Achiever Award.

Blankenship holds a BS in business administration from Michigan Tech. She has served on numerous vendor Customer Advisory Boards and is a member of the Presidential Council of Alumnae.

In 2019, Roualet was elected to the Council of Trustees for the Association of the United States Army, a non-profit educational and development association serving America’s total Army, soldiers and civilians, and their families. 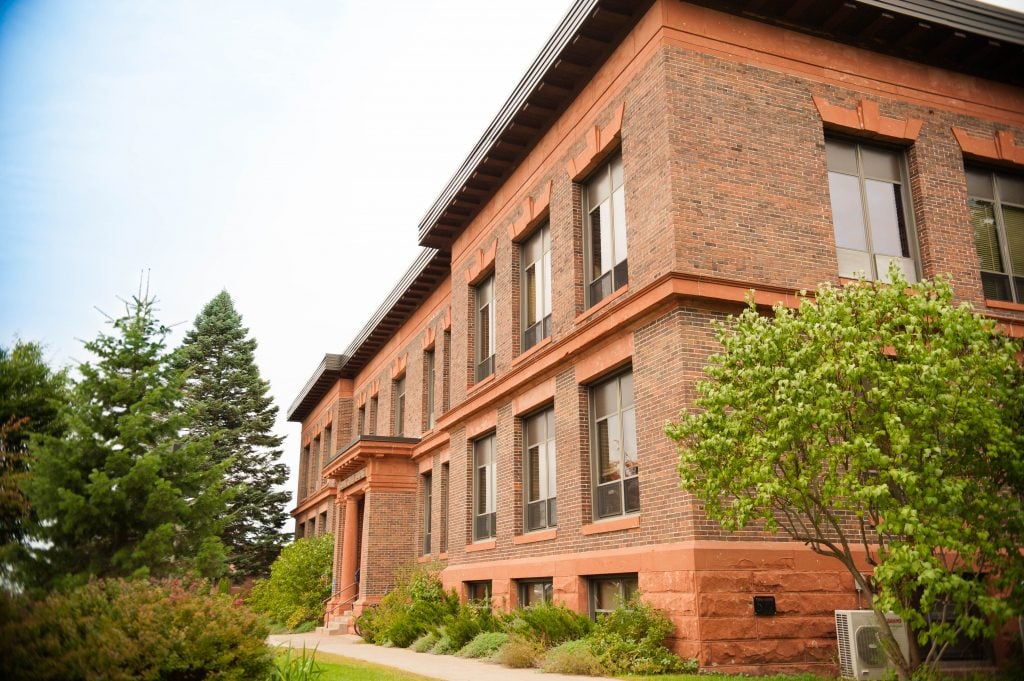 Dean Johnson, dean of SBE, says the fellowships shine a light on the important work Milligan and Wall do in the classroom and beyond: “Our faculty stand a part for being large enough to lead and small enough to care. They know our students’ strengths and goals, and they play integral roles in guiding them with hands-on learning and mentoring.”

Milligan, a 17-year veteran at the University, says that Richard and Joyce’s giving inspire her every day. “I want to be my best for our hardworking students, who are very conscientious about their education,” she says.

Fellowship funds will be used for student travel, experiential education, student scholarships and to provide teaching assistant positions and professional development for faculty. “Attending conferences in forensic accounting is critical to keeping my teaching agile and relevant to prepare students,” Milligan says.

Wall intends to direct his fellowship funds toward undergraduate scholarships for students dual majoring in accounting or finance and MIS. “Using the funds–more than $8,000 in total–in this way can help support Michigan Tech’s enrollment goals for business students,” Wall says of the new initiative directed at growing the School of Business and Economics.

Trends in industry are placing a greater emphasis on the intersection of accounting and finance with MIS.  Wall anticipates seeing top-quality, interdisciplinary students through these scholarships.

The Ten Haken Faculty Fellowship positions were created in 2017 to attract and retain high-quality business faculty and to inspire teaching and research activity amongst business faculty. Both accounting majors with bachelor’s degrees in business administration, Richard and Joyce Ten Haken are pillars of support for SBE’s students and faculty.

School of Business and Economics Announces Teacher of the Year

Each spring, senior-level students in the School of Business and Economics (SBE) select a slate of faculty to be considered as SBE’s teacher of the year. These faculty are known to go above and beyond and have a positive impact on our students, the School, and the University.

This year’s finalists include: Heather Knewtson (finance), Sheila Milligan (accounting), and Joel Tuoriniemi (accounting). Candidates are voted on by all SBE students and the 2018-19 teacher of the year is Junhong (Jun) Min (marketing). 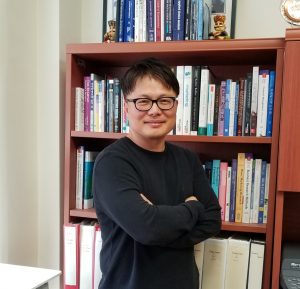 Min is recognized for his dedication, passion, and for going the extra mile to support students. One nominator wrote: “Jun Min genuinely cares about his students and their success. He goes out of his way to hold meetings after class, just to get to know his students and their goals.” He gives his time and resources, developing connections for students that lead to paid internships, co-ops, and full-time employment.

Min also serves as the advisor to the Michigan Tech student branch of the American Marketing Association (AMA). Congrats, Jun, and thank you, students!

Roger Woods, SBE faculty member who leads the opportunity each year, says that the experience engages Huskies in the practice of project management, develops their leadership skills, and provides them with a platform to demonstrate their abilities to business and community leaders.

Michigan Tech has competed in all eight of the competitions, placing third in 2018 and first in 2017.

THE Project scenario for 2019 was to develop a project plan to renovate an existing building on campus to LEED standards. Teams worked with subject-matter experts and stakeholders to develop a project plan using the Project Management Body of Knowledge published by the Project Management Institute. They are assigned a mentor and are judged by professionals at four different stages or “gates.”

“THE Project is probably the best college experience I have had outside of an internship for my future career in the project management industry,” says first-time competitor and Michigan Tech senior, Connor Green.

The first annual Husky Innovate Idea Pitch Competition took place Wednesday, Oct. 17 in Fisher Hall. The competition was hosted by the Innovation Center for Entrepreneurship, a collaboration between the Pavlis Honors College, the School of Business and Economics, and the Vice President for Research Office.

More than 30 students from various majors and disciplines pitched to a panel of judges comprised of faculty, alumni, and community members. Participants had two minutes to pitch their innovative and disruptive ideas. Alumni from Michigan Tech’s 14 Floors joined the judging panel to offer feedback and expert advice to budding Michigan Tech entrepreneurs.

The winners of the 2018 Idea Pitch Competition are:

The Idea Pitch Competition is part of Husky Innovate, a series of workshops and competitions that guide students through key phases of business development while emphasizing strategies for success. More information on upcoming Husky Innovate events can be found at mtu.edu/husky-innovate.