Based on her dissertation research and her teaching, Valorie Troesch has been selected as a National Academy of Engineering Exemplar in Engineering Ethics Education.

To Hear with Eyes: A Walking Book Tour by 2D Design & Literary Survey A

What is a book? What is a viewer’s physical relationship to a text? What is the role of literature in our lives?

Today and tomorrow, join students from Lisa Johnson’s (VPA) 2D design class and Laura Kasson Fiss’s (HU) Literary Survey A in contemplating these and related questions. View their artwork and read their wall texts, posted at nine locations around campus. Grab a map outside the Humanities or Visual and Performing Arts department offices, or simply be on the lookout for books and booklike projects as you go through your daily routine.

The Humanities Digital Media Zone will be hosting live music from some of our talented student community Friday, Dec. 11 in Walker 120C. The following students will be featured:

Her work has been published in Journal of Business and Technical Communication and Computational Culture. She also belongs to the Association for the Rhetoric of Science and Technology.

Her areas of specialization are continental philosophy, feminist philosophy and philosophy and art. She also knows the languages Czech and French, and she has a reading knowledge of German and Ancient Greek. 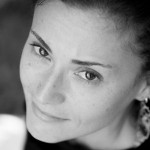 Andrea Scarpino, the U.P. Poet Laureate, will be on campus tomorrow for a poetry reading. The reading will be at 5 p.m. in Walker 134.

Scarpino is the author of three books; “What the Willow Said as it Fell,” “The Grove Behind” and “Once, Then” along with numerous publications in several literary journals, including PANK.

Scarpino will be on campus most of the day and has some time to meet with faculty or students. If you are interested in scheduling a time with Scarpino, contact Adam Feltz (CLS) or Stephanie Carpenter  (HU).

Refreshments will be provided as part of the English Department Coffee House series.

In Print: Syd Johnson “Moving Beyond the End of Life”

Humanities at Tech Ranked in the National Top 100 for Research 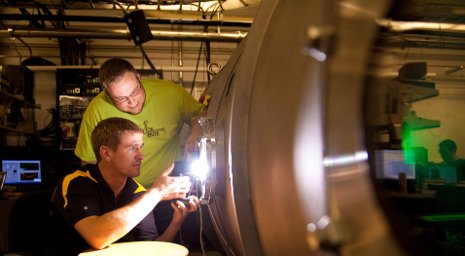 Fourteen disciplines at Michigan Tech ranked in the top 100 for research spending.  They are:

“The research funding environment is increasingly competitive, and our improvement in overall ranking, as well as the increases in last year’s funding that will impact future rankings, all indicate the exceptional efforts of our faculty, staff, and students,” said David Reed, vice president for research.

NSF ranks research activities by discipline, not by organizational structure, Reed pointed out, so the spending in some of Tech’s institutes and centers, such as the Michigan Tech Research Institute, the Keweenaw Research Center and the Great Lakes Research Center, are included with the appropriate academic departments rather than reported separately.

The final KIP Faculty and Graduate Student seminar is today, Friday Dec. 4, at 3pm in the ATDC Conference Room. Dr. Syd Johnson from the Department of Humanities will be presenting on the ethical and legal implications surrounding concussions and CTE (chronic traumatic en​cephalopathy). This is timely as there is a new movie out this month called “Concussion” (features Will Smith) which highlights Dr. Bennet Omalu’s discovery of CTE in NFL athletes and how his scientific findings were challenged by the NFL. Below are a few background links that might be of interest. This should be a great talk to wrap up the fall seminar series!

HOUGHTON – Decades after the first research on concussions and chronic head trauma, there’s a widespread effort to mitigate their damage. But many of the most pressing questions still don’t have answers.