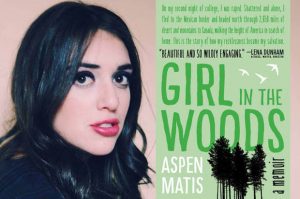 Her best-selling book, Girl in the Woods, has been called “a powerful read” by Oprah Mazazine. The New York Times named Matis “a hero” and Lena Dunham of Girls called her book “Beautiful and so wildly engaging.”  The book made The Guardian’s annual top 50 list.

Matis was raped on just her second night at college. Depressed and shocked that her school didn’t believe and protect her and discouraged by her otherwise loving and supportive parents from speaking of the attack, she dropped out of school. Matis then sought healing in the wild, on the 2,650 mile Pacific Crest Trail leading from Mexico to Canada.

Girl in the Woods chronicles her five-month trek including encounters with rattlesnakes, bears and fellow pilgrims. More about Matis, her book and life is available online. A book signing will be held after the event. f you have any questions about this event, contact Beth Lunde-Stockero, Title IX Coordinator, at titleix@mtu.edu.

The Humanities Department is screening their second movie in this year’s Spring Film Series at 7 p.m. today (March 23) in Walker 134.

The film is “C.R.A.Z.Y.” by Québécois director Jean-Marc Vallée. There will be English subtitles, so bring your friends and family. 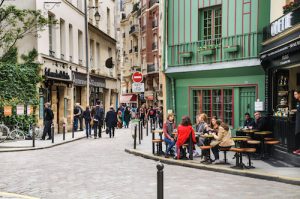 Join us at 5 p.m. today (March 23) in Walker 120C (inside the HDMZ). Come relax, chat in an informal Francophile setting and play a variety of fun games. Refreshments, coffee/tea and French snacks will be served.

We hope you can come for the whole hour, but you can join and leave at any time. Pass the information along, and bring someone as well. 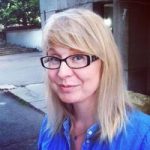 There will be a poetry reading by Saara Raappana and reception held from 5 to 7 p.m. Thursday, March 30 in Walker 134. Raappana will read new and selected poems, share anecdotes about ice fishing and rhapsodize about Trenary Toast.

Raappana is the author of the poetry chapbooks “A Story of America Goes Walking.”

There will be a screening of selected works from recent seasons of Motionpoems and reception from 5 to 7 p.m. Friday, March 31 in Walker 134.

Motionpoems, a non-profit arts organization, brings the work of inspired contemporary poets to the screen through collaborations with talented emerging filmmakers. The results are poignant, heart-wrenching, uplifting and not to be missed.

Michigan Tech will celebrate Women’s History Month with a visit from an internationally-known teacher, lecturer and diversity trainer The address by National Mental Health Association Award for Excellence winner Jane Elliott is the final event in the Social Justice Lecture Series. She will speak at 5 p.m.  Wednesday, March 22 in Fisher Hall 135.

Elliot gained national prominence with her “Brown Eyes/Blue Eyes Experiment” where her blue-eyed students were treated better than brown-eyed students. She first conducted the famous exercise for her class the day after Martin Luther King, Jr. was assassinated. Elliott’s exercise was filmed the third time she held it with her 1970 third-graders to become “The Eye of the Storm.”This in turn inspired a retrospective that reunited the 1970 class members with their teacher fifteen years later in A Class Divided.

Elliott will have copies of her book “A Collar In My Pocket” for purchase at her lecture, and will then be available to sign them after the talk.
Continue Reading →

The next offering in the Green Film Series is “Last Call at the Oasis,” a World Water Day film. The film will be shown at 7 p.m. Thursday (March 23) in the Michigan Tech Forestry Building’s Hesterberg Hall (G002).

The 2012 documentary on the world’s water crisis sheds light on the vital role water plays in our lives, exposes the defects in the current system, shows communites already struggling with its ill effects and introduces us to individuals who are championing revolutonary solutons.

There is no admission charged but a $3 donation is suggested. 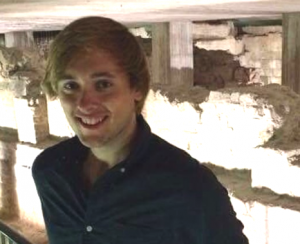 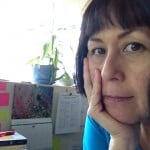 L. Syd M Johnson (HU) published a review of Nada Gligorov’s “Neuroethics and the Scientific Revision of Common Sense” in Notre Dame Philosophical Reviews. It can be found here.