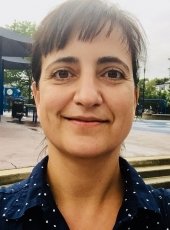 Stefka Hristova, associate professor of digital media, has published a new paper titled “Charting the Territory: Space and Power in the Iraq War” in ACME: An International Journal of Critical Geographies. She argues that the 2007 mapping and walling of Baghdad’s neighborhoods “exemplifies the materialization of the cell technique, and Carl Schmitt’s articulation of three modes of empty space in relation to territory”; and that “the walling process was an attempt to produce what [she] call[s] a ‘continuous security’, predicated upon the assumption of a population’s characterized belonging to the circumnavigated territory.”
The full paper is available online.