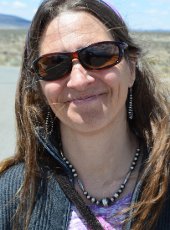 She then attended the North American Society for the Study of Romanticism (NASSR), which met in Ottawa, Ontario (Aug. 10-13). There, she presented a paper entitled, “Reanimating the Decorporializing Logics of Modernity and Capitalism.” Both essays contribute to her current book project about how modernity emerged from the nexus of human and environmental catastrophe: plantation slavery.