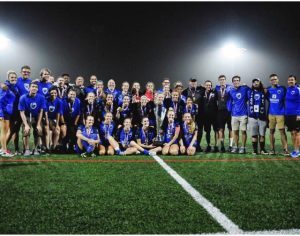 This summer, I had the pleasure of going back to my hometown of Grand Rapids, MI to intern with my hometown soccer team the Grand Rapids Football Club. It all started with a Facebook post by the team. They threw out a post on their facebook page that they were looking for interns, I submitted my resume and before I knew it, I was hired by Matt Roberts, the President of the team.

The actual work of being an intern for GRFC was fairly laid-back, but I still found it to be very worthwhile and relevant to the sort of work I’m hoping to do post-graduation. During game days, I would assist fan relations in a number of ways including putting up on-field advertisements, assisting in a guest hospitality booth, ticket sales, and my personal favorite, halftime promotions. Trust me, throwing tee shirts into crowds is every bit as fun as it looks. Usually at half time, the bulk of our work is done and the interns got to watch the second half of the game before going home.

Throughout the summer, I also did several community outreach events. One in particular that I remember was during a 5k run downtown near the Van Andel Arena area. Before and after the event, I had the opportunity to talk with many runners and community members about the team, show them our schedule, and share some upcoming promotions that the soccer team announced, including a game at Fifth Third Ballpark against Detroit City FC. The interpersonal communication aspect of CCM has always been my favorite, so I thoroughly enjoyed this part of the job.

GRFC has had a men’s team for a few years now competing at the semi-pro level, but this year the club added a women’s team. While the men’s team didn’t see much success, the women’s team only lost one game all season and won the United Women’s Soccer league in their inaugural season! For my time spent with the club, I was able to hold the trophy many times throughout the night.

Being a CCM major, I’m always comforted by how open-ended the degree program was; you can do almost anything you can imagine with it. When I’m not studying, I’m the President of the Michigan Tech hockey student section, Mitch’s Misfits. Being the leader of the Misfits has been the honor of my life, so I figured why not get professionally involved in the sports world? 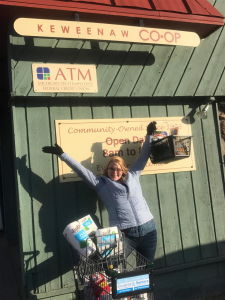 Michigan Tech’s Communication, Culture, and Media program has prepared me to be a #crazysmart thinker and worker. During my junior year of college I was accepted into Keweenaw Co-op’s Marketing Internship program with one other student. It has been almost a year since I’ve began my life-changing journey at The Co-op, and I am so grateful for the skills and experience I have gained while working there.

The Marketing Department is small, housing a manager and two interns, but does a huge amount of work for the store. From event planning and execution, customer service, in-store branding and promotion, social media marketing and interactivity, to graphic design, video editing, and newsletter production, this marketing internship has given me more key-word skills than could be put into a resume. Speaking of- during my internship class and with the help of my manager, I was able to create an elegantly designed resume from scratch via Adobe InDesign that showcases my most sterling qualities as well as my ability to design.

Beyond the academic and skill-centric aspects of my internship, I have had the pleasure of working with a diverse group of people of different racial, religious, ethnic, and national backgrounds. The intersection of such diversity in one store, combined with the intersection of products and companies with ethical, sustainable goals has changed my world view. Words such as fair-trade, ethical, locally-sourced, and organic have taken on new and heavy meanings. My professional, academic, and personal tool-kit has become richer from this experience.

I think that one of the biggest things about working for the Daily Mining Gazette is that it’s published in such a small town. Most of the time when I went to talk to someone for a story they recognized my last name immediately, even though some of them recognized it from the other Jaehnig working for the paper.

Internships are supposed to be about experience, resume fodder, and networking, and I got all of those writing with the Gazette. I did a lot of journalistic writing and photography experience that I didn’t have from the classroom, I have links to dozens of my articles from the Gazette on my LinkedIn, and I got to meet several local business owners and influential community members. I learned a lot, and like to think that I accomplished a lot, and however long I stay in the area and whether or not I try to get a job with the Gazette after I finish my degree, this was a very valuable experience. 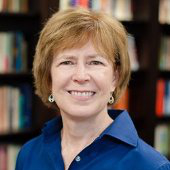 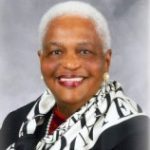 Michigan Tech Humanities Professor Emerita Glenda Gill passed away Jan. 27, in Huntsville, Alabama at the age of 78. Gill, who taught at Michigan Tech from 1990 until her retirement in 2006, was a well-respected drama instructor and theatre historian.

Born in Clarksville, Tennessee and raised in Normal, Alabama, Gill graduated from Alabama A&M University, received her MA from Wisconsin-Madison and earned her PhD in English and Theatre from the University of Iowa. She focused much of her research on the dynamics of race, gender and class and how they intersect with the African-American in the performing arts, especially in non-traditional roles.

Gill was promoted to associate professor with tenure in 1993 and to full professor in 2000. Former Michigan Tech Provost Max Seel was dean of the College of Sciences and Arts during this time. “Our tenure and promotion process is a vigorous one,” Seel says. “Being tenured and promoted is a recognition of hard work well done. Dr. Gill was recognized for her effectiveness in the classroom, her achievements in research and in her professional field and her overall contributions to our University’s  programs. May she rest in peace.”

Prior to her arrival at Michigan Tech Gill was head of Tuskegee University’s Department of English. A particular area of expertise focused on African-American actors in Shakespearian roles. Gill was frequently published and often cited in theatre journals. She is the author of “White Grease Paint on Black Performers: A Study of the Federal Theatre, 1935-1939,” “No Surrender! No Retreat! African American Pioneer Performers of Twentieth-Century American Theatre” and “The Transforming Power of Performing the Classics in Chocolate, 1949-1954.”

In 2011, she was the subject of an extensive Q&A profile in the American Society for Theatre Research website. Also in 2011, she was inducted into the Consortium of Doctors, a group of African American women who have completed doctoral degrees and have made extraordinary contributions to society.

Her awards and accolades included fellowships from the Rockefeller Foundation, the Smithsonian Institution and the National Endowment for the Humanities. She was a recipient of a Michigan Tech Faculty Grant Scholarship Award in the 1999-2000 academic year.

Funeral services for Professor Glenda Gill were held on February 6th at the First Missionary Baptist Church with burial in Oakwood Memorial Gardens, both in Huntsville, Alabama.

Conversation Hour for Spanish this semester will meet the following Tuesdays, 5-6pm, at HDMZ 120A: