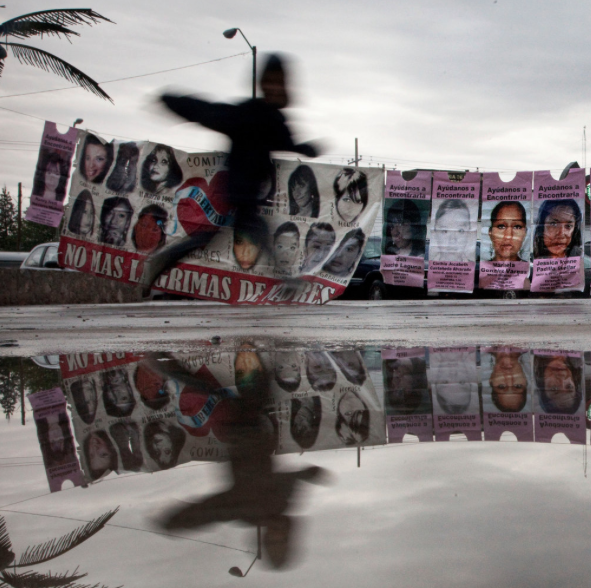 On November 7th and 8th, The 2014-15 Rhetoric, Theory and Culture Colloquium Series was pleased to welcome John Russon, Presidential Distinguished Professor of Philosophy from the University of Guelph.

On November 7, Professor Russon gave a talk entitled, “The Limits of Money: Phenomenological Reflections on Selfhood and Value.” In his paper, Russon argued that the sense of oneself as an autonomous self presupposes both a nexus of ‘intimate’ associations with others and, at the same time, a sphere of universally recognized value in terms of which we can become conscious of ourselves as members of a community of free individuals. Russon thus uncovered, within our ordinary experience, the roots of the phenomena of private property and money, but also the bases for a critique of the idea that all value can be reduced to market, or exchange value. The resulting tension between the logics of intimacy and economy is an inescapable feature of our personal and political lives. It was a provocative and stimulating presentation. We were pleasantly surprised by the attendance at the talk—our 50 chairs were quickly filled and about 25 more chairs had to be brought in so that we could get everyone seated!

This year the colloquium series has added a new feature to some of its visiting speaker events: we will be hosting workshops, or seminars, with our visiting speakers. In two sessions on Saturday, November 8, twenty-one faculty-members, graduate students, and members of the community met for about four hours to have an open, participatory, discussion of the themes of craft and technology, rhetoric, language, politics, and education through a close examination together of relevant texts by Aristotle, Plato and Heidegger.

“The talk on the ‘Limits of Money’ and the seminar that followed it was an awesome experience. Not only did Dr. Russon draw participants into a thoughtful reflection together, the discussions, the contributions from other students and faculty members, and the very incisive questions and answers that popped up from the seminar group, gave me new ways to look at the phenomena under discussion from multiple lenses and to connect these with the postcolonial approach that I am interested in.”

The colloquium committee would like to thank the department and especially Ron Strickland, Jackie Ellenich, Erin Smith, and Devin Leonarduzzi for helping to make these events a success.

This was the third event in our 2014-15 colloquium series. On September 25 the department hosted a talk by Anthony Webster, of the University of Texas at Austin, who gave a very stimulating talk on expressive linguistic devices at work in Navajo poetry (especially in the work of poets Blackhorse Mitchel and Rex Lee Jim). In the course of this discussion he also reflected on questions of orality and literacy, cultural identity, and artistic expression.

On September 7, Randi Gunzenhaeuser gave a very interesting talk to the department entitled “Humor in 20th Century American Art.” In her talk she offered reflections on humor in connection with American popular culture (cinema in particular) and some of its political themes and implications. This very well attended event was followed by a lovely reception at the home of Dieter and Janice Adolphs. We are also grateful for Dr. Guzenhaeuser’s willingness to visit classes and meet with students and other members of the department during her visit.

We will have two more visitors next term:

On March 20, 2015, at 5 pm in GLRC 102, Stacy Takacs ,Associate Professor and Director of American Studies at Oklahoma State University will give a talk on the theme of militarization and media, specifically on the US military and the emergence of the early television industry. A workshop with interested faculty and graduate students will take place on Saturday, March 21.

On April 3, 2015, at 5 pm in GLRC 102, Gareth Williams, Professor of Spanish and Latin American and Caribbean Studies at the University of Michigan, will give a talk (topic: TBA). Professor Williams is the author of The Other Side of the Popular: Neoliberalism and Subalternity in Latin America (2002), The Mexican Exception: Sovereignty, Police, and Democracy (2011), and of numerous articles examining the relation between culture history, literature, and political philosophy. A workshop with interested faculty and graduate students will take place on Saturday, April 4.

The Humanities Department’s Rhetoric, Theory and Culture 2014 Colloquium series is pleased to welcome John Russon, Presidential Distinguished Professor of Philosophy at the University of Guelph (Canada). Professor Russon’s talk is entitled “The Limits of Money: Phenomenological Reflections on Selfhood and Value.” It’s being held Friday, November 7, at 5 pm, in the Great Lakes Research Centre, Room 201 (refreshments will be available). All are welcome!

Below is is the abstract for Professor Russon’s talk.

The Limits of Money: Phenomenological Reflections on Selfhood and Value

We are constitutively split between two different experiences.  In the experience of “intimacy,” the differentiation that we typically presume of self from other and of fact from value is not operative; such intimacy is distinctive of the formative experience of children.  This formative experience, however, precisely gives rise to the experience of “economy,” the experience, that is, of discrete subjects who work upon an alien world.  Our challenge is to live in a way that acknowledges both forms of experience without resorting to the authoritative terms of either.  Overall, I will argue that money, which is roughly the collectively recognized medium for recognizing the universality of exchange value, in principle misrepresents the lived nature of value.  Hence, the more money defines our frame of reference (“economy”), the more the non-universalizable values that are essential to our existence (“intimacy”) are effaced. 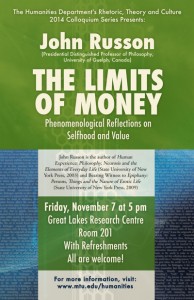