Last Chance for Free Tours of Archaeological Digs at the Cliff Mine, Clifton

This weekend offers the last chance this summer for free guided walking tours of the archaeological dig at the historic Cliff Mine and Clifton town site.

The tours are led by faculty and students in Michigan Tech’s industrial archaeology program. The Saturday and Sunday tours leave from the east end of Cliff Drive, about one mile from the small town of Phoenix, near the junction with US-41. Tours start at 10 a.m. and begin about every 30 minutes. The last one begins Sunday at 3:30 p.m. 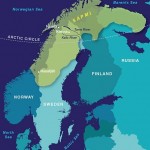 Mining in Northern Climes: Whose Decision is it?

A Michigan Technological University researcher is looking at the Sápmi region of Scandinavia and the possible impacts of new iron mines on the human and reindeer populations, in addition to ecological concerns. – See more at: http://www.mtu.edu/news/stories/2013/june/story92219.html#sthash.c2TWvP6l.dpuf

“Local communities feel that they need more input into the decisions about the mining and the reindeer,” says Nancy Langston, a social sciences professor just ending her nine-month stint in northern Sweden. “Whether it is the Sámi (the indigenous people of northern Scandinavia who often make their living as reindeer herders), commercial fishermen or people living along the local rivers, they feel that they should have a voice in land use decisions.”

Prepared for your visit to the Cliff?

In the Trenches, Part II

Working in the Trenches!

Field School Week 3: Where to Dig? And Why?

Field School Week 1: Geology and Snow in the Woods! 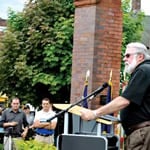 Professor Emeritus Larry Lankton was one of the tour guides for Historic Jacobsville by Boat & Bus on Monday, June 17, 2013. The tour visited the sandstone quarry village Jacobsville on a combination boat/bus tour. The tour also included the Suomi Synod Lutheran chapel (including a short hymn sing), stops at the historic cemetery, sandstone quarries and lighthouse.

Learn more about FinnFest 2013 and the event schedule.

The Finns Are Here and Tech is Key

We’ve heard about it for three years–FinnFest in the Keweenaw–and it’s finally arrived. Michigan Tech is one of the main venues, and everybody has been pitching in to help, according to Mike Abbott, director of GLRC operations.

Some other interesting events include a combination boat trip/history tour to Jacobsville with Professor Emeritus Larry Lankton (SS). There will also be a business forum to attract businesses to the Keweenaw and an education forum.

The National Park Service at Keweenaw National Historical Park will be busy during FinnFest USA 2013 welcoming visitors at the Calumet Visitor Center as well as the Tori at the Student Development Complex on the campus of Michigan Tech.

The Italian Hall Ceremony will commence at 2 p.m. with a brief talk by noted author and historian Dr. Larry Lankton.

Read more at the Mining Gazette. 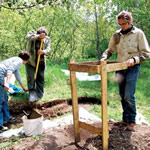 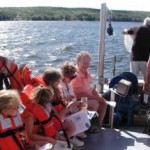 Copper Country school students in grades 4-12 are being invited to participate in guided explorations of Lake Superior and its tributaries this summer, on Michigan Tech’s research vessel Agassiz. The program, called “Ride the Waves with GM,” is sponsored by General Motors and Tech’s Great Lakes Research Center.

Among the tour leaders is Carol MacLennan, who will join with Noel Urban to lead the exploration “Mine Waste Remediation Tour and Torch Lake Restoration” on June 19, July 3, and July 12, 2013. 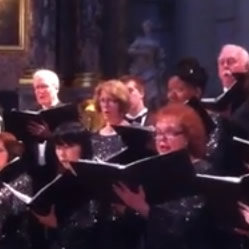 Archaeology Tours at the Cliff Mine, Clifton 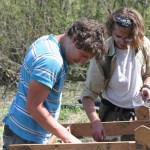 The tours are led by faculty and students in Michigan Technological University’s industrial archaeology program. The tours leave from the east end of Cliff Drive, about one mile from the small town of Phoenix, near the junction with US-41. Tours start at 10 a.m. and begin about every 30 minutes. The last one will begin at 3:30 p.m.

The team will provide maps with self-guided trails for people who wish to explore on their own. “We’re cutting new paths through the woods this week and will put historic photos and maps around to help people see the site,” said project co-director Sam Sweitz.

“We’d like to be able to look at the map of rose bushes, for example, and see how the different plants overlap with residential buildings,” said project co-director Timothy Scarlett.

The Cliff Mine Archeology Project Blog