Lankton to Narrate on History During Cruise

The Life of a Lake: the Geologic and Human History of the Keweenaw Waterway

Take in the Keweenaw’s famous fall colors aboard the Isle Royale Queen IV as Michigan Tech Professors Emeriti Larry Lankton and Bill Rose narrate this cruise to Keweenaw Bay and the historic Jacobsville sandstone quarry and lighthouse. It takes place Saturday, Oct. 5, 2-3:30 p.m. (check in at 1:30), Houghton waterfront west of the bridge, across from Aspirus Keweenaw Medical Arts building. It is also a fundraiser for the Isle Royale and Keweenaw Parks Association, $25 ($20 IRKPA members). Reservations recommended: space is limited, and these speakers are popular. Purchase tickets online at Isle Royale and Keweenaw, call 482-7860, or email kbradof@irkpa.org. Any unsold tickets will go on sale at the dock at 1:00 PM on October 5.

As the representatives of some sixty nations were lining up in Hancock for the Parade of Nations, the sun came out and it was starting to warm up.

Nearby, Social Sciences Professor Mary Durfee was gathered with a group of students from Malta. They are attempting to create the first international chapter of MindTrekkers, that fantastic traveling science demonstration that has enthralled school kids around the Midwest and in DC.

Read more at Here, There, and Everywhere in TechAlum Newsletter, by Dennis Walikainen. 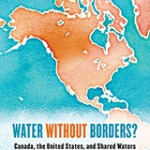 The award is presented by APWA’s Public Works Historical Society and recognizes the best essay or article published on a public works historical topic. Dyble’s article, published in 2012 in the Journal of Planning History, provides a historical perspective on two high-profile toll roads: the Pennsylvania Turnpike, operated by an independent public authority, and the Chicago Skyway, originally built and managed by the City of Chicago.

Dyble notes that great public works have resulted from cooperation among governments, and that the lack of cooperation is one of our society’s greatest obstacles. “Embattled cities, balkanized regions and dysfunctional states can’t support the infrastructure systems that we need,” she said.

Dyble is a member of the Public Works Historical Society’s Board of Trustees and is pursuing a law degree at the University of California, Berkeley.

Associate Professor Tim Scarlett (SS) was recognized by the Utah Division of State History for his archeological work with Utah’s early pottery. He won one of five awards for outstanding contribution in history. The 2013 awards were presented at the Utah State History Conference earlier this month.

Scarlett “has promoted history and historical archeology in Utah, bringing to light Utah’s unique early pottery,” the Division of State History said in a news release about the awards. “His studies, excavations and publications have brought Utah pottery to an international audience. His work led to the first formal exhibition of early-pioneer ceramics and pottery at the Frontier Homestead Museum in Cedar City, Utah. He involves the public in innovative ways in discovery and has had an incalculable influence in training students to continue the work.”

The organization also presented awards for articles and books about Utah history.

Do college students know about Syria?

Foreign policy professors at Michigan Tech said although school has only been in session for a few days, they’re already teaching on it.

“Carefully,” said American Foreign Policy professor Mary Durfee, when asked how she brings up the topic. “America’s split on this. One of our military history professors said he polled his class. Sixty percent were opposed; that’s very much like the national average.”

MacLennan Presents on Labor in Hawaii 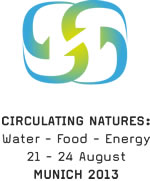 Robins Publishes on the Colonial Market