Welcome to the Class of 1995’s 25th reunion web page. It’s a special year for you! Eight classes, including yours, will celebrate a milestone anniversary in 2020. Communicate with your classmates by commenting below!

Welcome to the Class of 2010’s 10th reunion web page. It’s a special year for you! Eight classes, including yours, will celebrate a milestone anniversary in 2020. Communicate with your classmates by commenting below!

Welcome to the Class of 2000’s 20th reunion web page. It’s a special year for you! Eight classes, including yours, will celebrate a milestone anniversary in 2020. Communicate with your classmates by commenting below!

Welcome to the Class of 1990’s 30th reunion web page. It’s a special year for you! Eight classes, including yours, will celebrate a milestone anniversary in 2020. Communicate with your classmates by commenting below!

Welcome to the Class of 1980’s 40th reunion web page. It’s a special year for you! Eight classes, including yours, will celebrate a milestone anniversary in 2020. Communicate with your classmates by commenting below!

Welcome to the Class of 1970’s 50th reunion web page. It’s a special year for you joining the ranks of the Golden Ms!

Communicate with your classmates by commenting below.

Welcome to the Class of 1965’s 55th reunion web page. It’s a special year for you! Eight classes, including yours, will celebrate a milestone anniversary in 2020. Communicate with your classmates by commenting below!

Since 1996, LeaderShape has provided a highly-interactive leadership development experience for 1,118 Michigan Tech students. This intensive, week-long institute continues to offer a unique opportunity to explore core ethical and personal values, develop and enrich relationships, and most importantly, believe in a healthy disregard for the impossible. 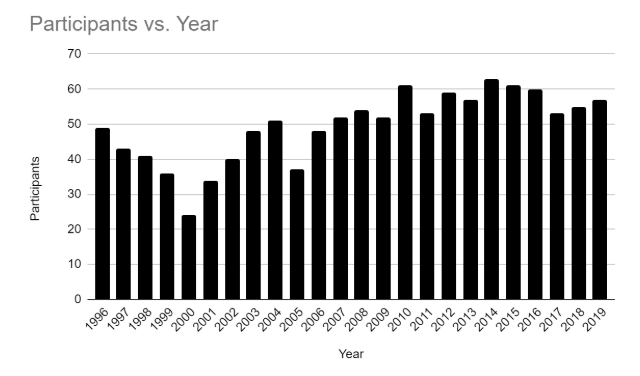 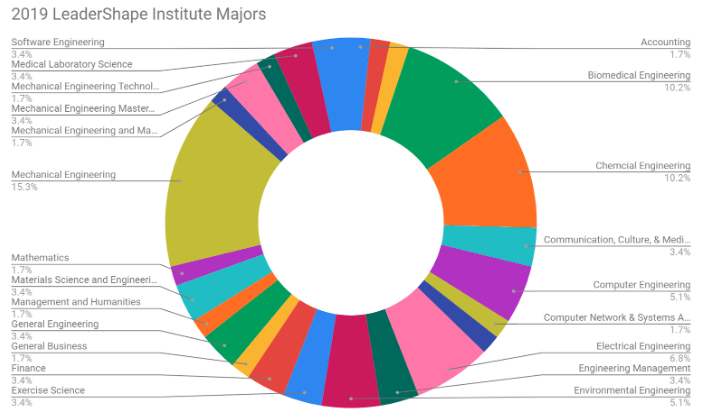 It’s common knowledge that the Upper Peninsula has wilderness unlike any other.  With nearly nine million acres of forest (84 percent of the peninsula), it’s no surprise that many Yoopers take to the woods each fall in the attempt to stock their freezers for winter. That tradition has been popular with Tech students through the years as well.

We’ve heard stories of students hunting all around the Copper Country including some older stories of hunting on campus (the area now the Tech Trails).

Tell us your Tech or U.P hunting stories below!

What You Said About Tech in October…

“Next up, the North Country Trail! #RedPlaidNation” -Marianne D.

“Sporting the Star Trek dress code: short cut for the women and high cut for the men” – Jim A.

From “Michigan Tech vs. Northern Michigan Football Game” on Facebook

“My apartment Sr year was right where that red-roof hotel is now. Awesome studio apartment with views of the ship canal and its ship traffic. Love this time of year there with the color.” -Tad S.

“Wierd how it looks flat. I can see my old apartment house too!!” -Marie B.

“A-ma-zing! Was all there last week…going back again this weekend to see my son at MTU” -Susan R.

From “Football Stadium Named for Kearly Family” in the Alumni Blogs

“As my buddy and I checked into our Freshman year dorm room in Coed Hall, we were surprised to find out we were assigned to a three-person room. Come to find out our third roomie was Jim Van Wagner – star tailback for Tech during 1973-77. Jim set numerous rushing records for Tech and the league and ended up being drafted by the NFL (49ers I believe, then the Saints). Jim was not only an outstanding running back but also a great roommate. My biggest memory of Hubbell Field was the “strict no alcohol” policy — somehow the Vets Club always managed to have a keg in the stands every game!” -Bill W.

“Congrats to the Kearly Family – a well deserved honor. I did not see Tech games at these fields as I was playing on them while at MCMT. I started all four years at guard and tackle, from 1954 through 1957, and played at Sherman Field and Hubbell Field. I remember picking rocks at Hubbell Field when it was first being put into use, prior to starting practice sessions. I also officiated football at the current location working both high school and MTU games at Hubbell in the 1980’s.” -James O.

“I remember going up the hill to Hubbell Field for Huskie football games during my tenure at Tech from ’73 to ’77. And unlike now, seating was free, no tickets necessary for Tech students or anyone else for that matter. I think seating ought to remain free for students now, who have enough expenses to deal with. I went to football games more so than to hockey games. In fact, I only went to one hockey game, just to make it official. After all, I grew up within 30 miles of Lambeau Field in Green Bay, so I already had football in my genetics!” -Rebecca F.

“First night of freshman year, 1976…carried a discarded couch up the hill from Wads, pushed it over the cyclone fence at Sherman Field, climbed the fence, carried the couch to the 50 yard line, lounged on the couch eating brownie & pretzels until the sprinklers surprisingly went on…not a football game, but an unforgettable story for four great friends (we still spend our summer vacations together at Eagle Harbor).” -Nancy

“It is notable for me that the article about Kearly Stadium is in the same newsletter with the alumni profile story on Dale Elliot. I recall many trips to Hubbell Field to watch Wadsworth Hall roommates and cohorts Dale and Fred Guenther (now physician Dr Fred Guenther of Big Rapids) play on the Huskies team. My room was nearby them. They were both linebackers for the Huskies to the best of my recollection. Later all three of us became founding members of the Gamma Chi Chapter of Sigma Tau Gamma fraternity at Tech. Mostly, of course, I can recollect some snowy games at Hubbell Field in the early 1970s, but we stuck it out to cheer on Dale, Fred and the rest of the team. Jim Bernier 1973” -Jim B.

“Tech played football at Hubbell Field (up on the hill) while I was there in 70-74. The team practiced on Sherman Field – probably so they could be close to their training facilities in Sherman Gym.” -Tom B.

From “Remembering Beloved Tech Professors” in the Alumni Blogs

“I was at Tech when the Masters program in Nuclear Engineering was canceled (1970). I still took all of the courses that were available and truly enjoyed Dr. Daavettila as a professor. I have him to thank for my 44 year in the civilian nuclear power industry.” -Larry R.

“had Don Daavettila for Physics in the mid 90’s and what I remember about him was how neat all of his lesson notes were. His diagrams, formulas and writing were all beautiful and he used about 5-6 different colors of chalk. Then, when the chalk boards would fill up and he needed more space, he would erase everything with a wet, natural sea sponge instead of a typical chalk board eraser and it took about 1-2 minutes to dry. He would say “You can talk amongst yourselves for minute.” That stuck in my head. He was one of my favorite professors at Tech.” -Garry N.

“Back in the mid 60’s Don Daavettila was base in the Chemistry and Chemical Engineering Department where the Nuclear Engineering department was located. Don was my advisor for my Master’s thesis and an instructor in ,any of the departments courses. Nuclear Engineering was a hot topic at the time and MTU had an interesting array of laboratory equipment in the basement of Konig Hall. The program did not have a long life but the graduates made an impact in the nuclear power industry, the government nuclear laboratories, the nuclear navy, and in nuclear related research. Because the faculty and students were all nearly the same age they form a great group to work with.” -Kenneth K.

“I remember my first physics class with Parks, in 1962, in which he began by writing his name on the blackboard. He wrote “P. N. Parks,” but he placed big periods at the end of his initials, so I duly wrote in my notes. “Po No Parks.” It took me several days to realize that his first name was not Po.” -Geoff J.