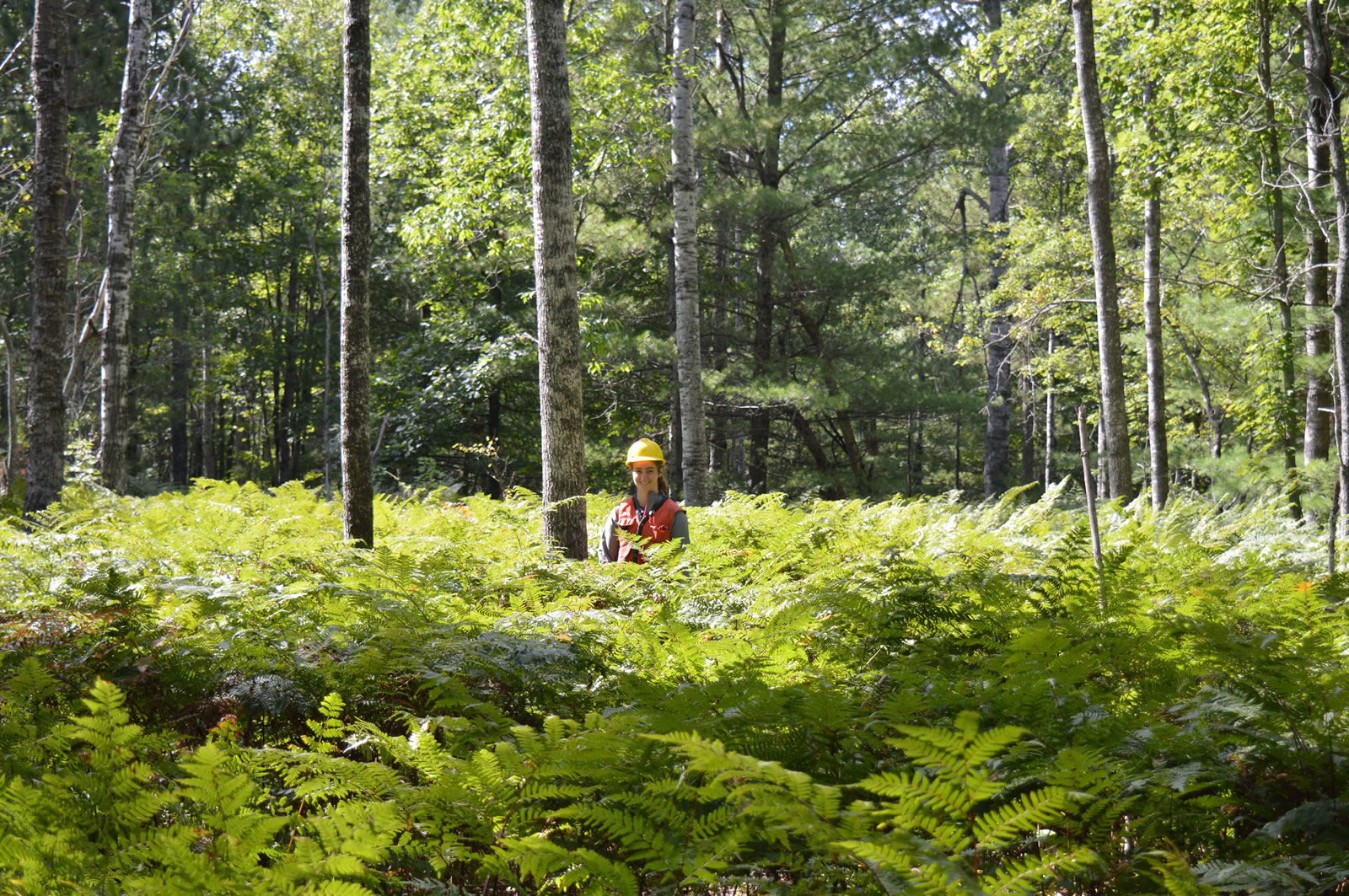 Karin Wolken believes that research is vitally important to understanding the altering circumstances Earth continues to undergo. She is honing her data analysis skills as she works on a project concerning the fate of carbon in forest residues, a study that could have implications for carbon cycling and climate change. Karin began working as a research assistant in the Forest Biometrics Lab shortly after beginning her education at Tech in 2014. A Forestry major, on par to graduate in just three years, her current project work involves assessing the fate of carbon present in logging residues. During the summer between her first and second year Karin worked as a crew leader in the field collecting samples from red pine and aspen all over Michigan’s Upper Peninsula. Since Fall 2015, Karin has been diligently working through processing the collected samples and analyzing and managing the data. Potentially, logging residues could be used as a source of biofuel, a prospect that would have significant impact on the energy industry. Karin presented her team’s findings at the Society of American Foresters National Convention in Madison, WI last fall. The time and commitment Karin has put into this research project has strengthened her ability to lead a team, as well as improved her communication skills, prowess that she will certainly use in future work. 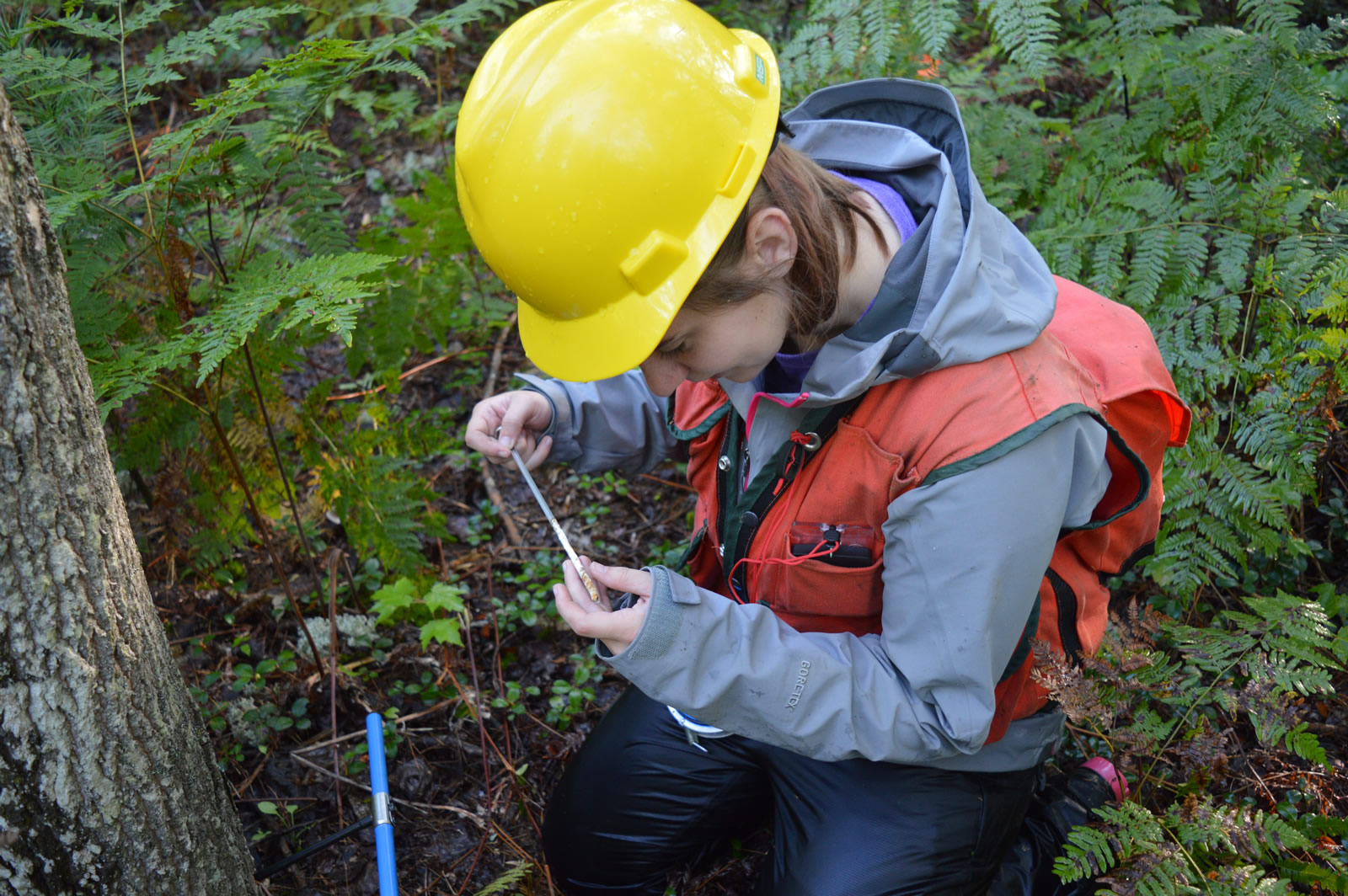 Karin lived in Seattle her entire life and came to Michigan Tech to experience something completely different from the urban Northwestern bubble she grew up in. The rugged, unlandscaped Upper Peninsula of Michigan seemed like a drastic but welcome change from the temperate rainforests of Northwestern Washington. Karin’s love of the outdoors and the hope that one day her research may contribute to reversing the effects of climate change is what drew her to Forestry.

“I want to be part of something that can help draw the line between coexisting and overusing the world around us. I want to explore what we don’t understand and help get the necessary information to not only survive in our changing world, but thrive.”

Shifting from recreationally enjoying the large trees of the Pacific Northwest to studying the fate of logging residues in the stands of UP forests seemed like a natural transition for Karin. Outside of what she does academically, Karin enjoys knitting, cooking and visiting the Copper Country Humane Society. Karin is currently playing flute in the Keweenaw Symphony Orchestra and tries to spend as much time enjoying the outdoors as she can. 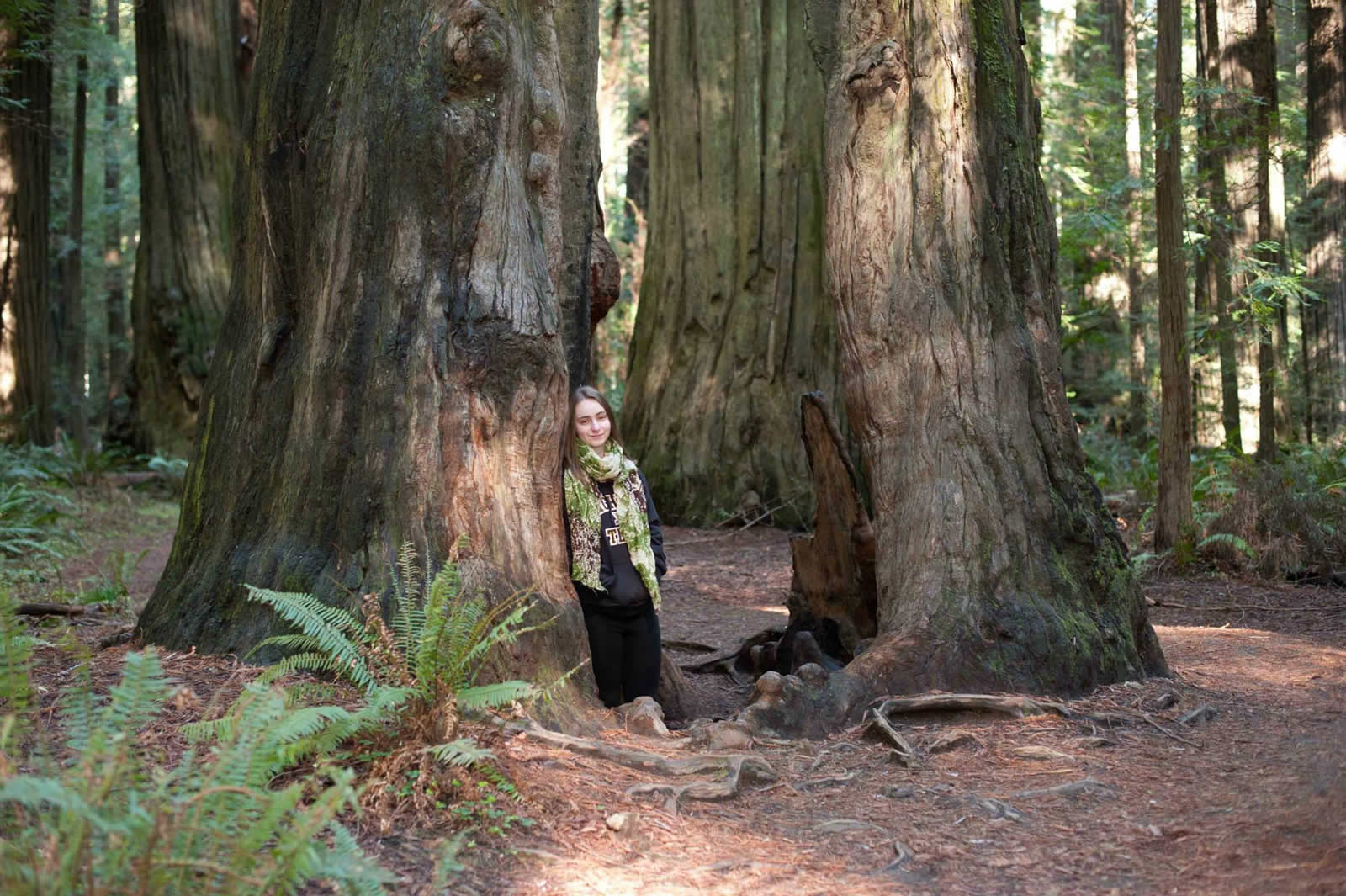 Being involved with the Pavlis Honors College has given Karin the opportunity to meet and work with people across departments and disciplines. Her focus is in forestry research, but the Honors College has allowed her to branch out and collaborate with similarly driven people of various majors and interests.

Karin’s Honors project is to improve the Forestry Learning Center (FLC) at Michigan Tech by shifting to a more peer-focused learning platform. The center, in comparison with other learning centers on campus, has lacked the proper attention, funding and support. Karin believes that peer tutoring is extremely effective to learning and understanding. An acting tutor herself, Karin coordinates the current tutoring system at the FLC and focuses on one-on-one and group sessions. Her goal is to identify ways for the center to become more effective in helping SFRES students and implement these practices for future undergraduate classes.